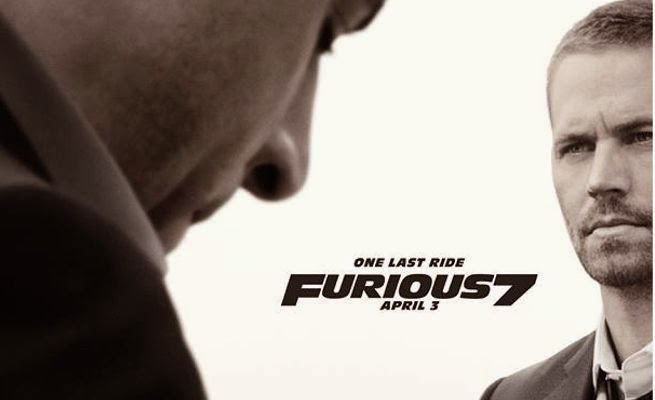 When I sat down to watch Furious 7 at M-89 Cinema to see former WWE Star The Rock and current UFC Champion Ronda Rousey I didn’t know what to expect. The last 18 months I’ve wondered about how this movie was going to go. This movie had a star studded cast that many would only dream of having. The one thing I enjoy about movies four through seven is that they tell more of a compelling story then the first three did. I love how some local writers and professional movie critics blasted this movie and gave it horrible reviews when clearly the franchise topped themselves once again with the action and story in the movie.

Bad to the bone characters always make a good movie a great movie and there is no badder to the bone character then the ones Jason Statham plays. He is so phenomenal at what he does and the accent that he carries makes it much more intense on the bring screen. I also love the additions of Kurt Russell, Tony Jaa and Djimon Hounsou. All have had legendary careers in their own right. The one thing about the franchise that will never get old is the comedic scenes between Ludacris and Tyrese Gibson. Every time you think the whole movie is going to be serious, they provide the viewers with some laughter.

I can honestly say that I teared up the last 5 minutes of the movie and if you don’t then you have pretty tough skin. All I can say is what a tribute to a great actor and man who devoted himself to this movie franchise and to a lot of great causes. Paul Walker’s presence will be missed not only in movies but in life as well. He was a humanitarian and did so much for sick children in poor parts of the world. Goodbye Brian O’Conner, Rest in Peace Paul Walker.

Speaking from the truth I can honestly say when I saw The Rock and Ronda Rousey together at WWE Wrestlemania 31 my mind turned off wrestling for a second and thought Fast and Furious. Seeing those two together got me even more excited to see the movie. For all the haters, bashers, and horrible critics out there I give this move 4.5 stars out of 5 for continuing a great story and becoming more innovative with their actions scenes. If you can’t appreciate cars parachuting out of an airplane then I don’t how else to please you. Go check out Furious 7 today. If it’s your first time seeing one of these movies watch the first 6 beforehand. It will be well worth your time. So get fast, get furious and go see the movie if you haven’t already.