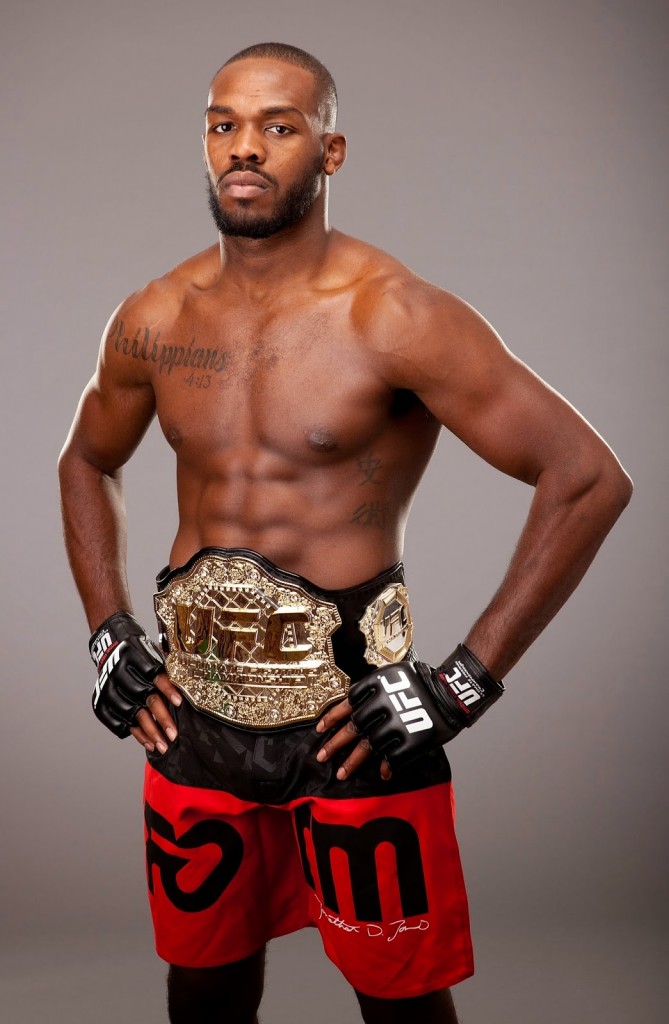 When Jon Jones made his UFC debut in August of 2008 a lot of people including myself thought he was going to be special and he did. In his MMA career he has a record of 21-1 with the one loss being by DQ for illegal use of elbows which some say weren’t illegal. Before he defeated Shogun Rua for the Light Heavyweight Title he defeated the likes of Stephan Bonnar, Brandon Vera, and Ryan Bader. He proved he could mow down the competition. After he won the title he has went on to beat Rampage Jackson, Lyoto Machida, Rashad Evans, Vitor Belfort, Chael Sonnen, Alexander Gustafsson, Glover Teixeira and Daniel Cormier. It is truly sad that he held that UFC Light Heavyweight Title for close to four years and had eight title defenses. It is truly a major tragedy that he will lose that title never having lost a fight for the title. Unfortunately this is is all because of behavior outside the octagon.
In May 2012, he crashed into a pole with his Bentley and pleaded guilty to  driving under the influence. In January 2015, Jones failed a drug tested where he tested positive for benzoylecgonine, the primary metabolite of cocaine. He paid some hefty fines but claimed he was not an addict or user of such drugs. He went to rehab after he tested positive but that stint only lasted 24 hours. The straw that broke the camels broke was on April 27th when he was involved a hit and run automobile accident that left a pregnant girl with a broken arm. Since then he has been stripped of the UFC Light Heavyweight and suspended indefinitely by the UFC which many feel was the right decision.
There are people who are actually defending Jon Jones’ actions. I believe that everyone is human and people mistakes. I also believe in forgiveness and second chances but if you have a significant other and children how do you justify supporting his actions? What if he would have killed the pregnant woman and her baby? I don’t want to the hear about all the circumstantial crap. What he did was wrong no matter what the outcome was. From a spiritual point of view when I see that Philippians 4:13 tattoo on his chest I am almost offended. That bible verse is something I live by with all the open heart surgeries I’ve been through and too see a guy show that verse off and then do some of the things he’s done.
I honestly hope that “through Christ he can do all things” and rise above his lifestyle, legal and professional problems. I hope Jon Jones can rise back from his fall, and can overcome all of these obstacles. Everyone deserves a shot at redemption and even thought I am angry, disappointed and disgusted with him I hope he gets his redemption. When you’re down and out, and have obstacles in your way remember that bible verse that is on Jones chest.  “I can do all things through Christ who strengthens me”
Please Share This