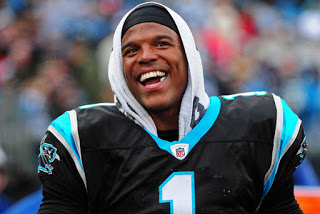 These are not the express written views of Hollywood Joe, and/or Hollywood’s World of Sports. Anonymous Writer is a very passionate sports fans who enjoys exploring many different topics in the sporting world. If you’d wish you to respond to his opinions email Hollywood Joe at hollywood@hollywoodsworldofsports.com and they will be forwarded
Over the past four years Cam Newton has led the Carolina Panthers to just one winning season. They made the playoffs, but lost in the first round. The only playoff win of his career was a bit of a fluke in that the team had no business being in the playoffs (7-8-1 regular season).
Cam Newton is a great athlete, but is he a $20M/year quarterback? He’s not a skilled passer (passing yards have decreased every year and his 2014 rating was the lowest of his career), his rushing stats are trending downward year-by-year, and most importantly, he hasn’t proven he can win consistently.

So is he worth all that money? Has he earned it? Yes. Every. Single. Penny. While not an elite NFL quarterback, he’s a good one. More importantly, he’s exciting to watch and people want to see him play. He sells a lot of tickets, jerseys, sports drinks, advertising, etc. The $103.8M deal will be profitable for both Cam Newton and the Carolina Panthers.

Was it a good deal for the fans? Probably not. They’ll enjoy watching him play in a Panthers Jersey for the next five years, but they won’t get what fans really want…a Super Bowl ring. Cam Newton may have a few winning seasons left under his belt, maybe even a playoff win or two, but he’ll never lead the Panthers to a Super Bowl victory.

So was it a good deal? Yes. It was a great deal. You just have to keep in mind that it was a business deal…not a football deal.