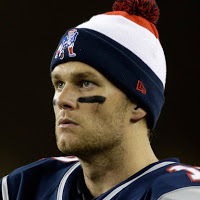 These are not the express written views of Hollywood Joe, and/or Hollywood’s World of Sports. Anonymous Writer is a very passionate sports fans who enjoys exploring many different topics in the sporting world. If you’d wish you to respond to his opinions email Hollywood Joe at hollywood@hollywoodsworldofsports.com and they will be forwarded

Nobody can prove the balls were actually out of the NFL’s allowable range of 12.5psi – 13.5psi because no data was recorded. Nothing was documented. The Wells report relied entirely on the memory of one official who according to the report was “pretty sure” of the numbers. The official admitted that he couldn’t be positive about the pressure because two different gauges were used that gave different readings by as much as .7psi. Therefore, the same ball may measure 12.5psi (allowed) on one gauge and only 11.8psi (out of range) on another gauge. Shame on the NFL for having such a poor protocol in place. Gauges used to measure pressure should have been calibrated and measurements should have been recorded.

There is no proof Brady instructed Patriots staff to deflate balls to below 12.5psi after they were checked by the officials. The text messages between Brady and the two Patriot staffers only prove that Brady preferred a softer ball and asked them to deflate the balls…here’s the thing…THATS NOT AGAINST THE RULES…Brady has every right to request air be let out of the balls as long as the balls remain in range (12.5psi to 13.5psi) and its done prior to the officials checking the balls. Here’s what I mean…if Brady shows up to the stadium and picks up a game ball and thinks its too hard, he can request air be let out, as long as the ball remains in range. Brady prefers game balls to be closer to 12.5psi than 13.5psi. He instructed Patriots staff to make sure that happened. The texts, by themselves, don’t prove Brady did anything wrong. The NFL needs to prove not only that Brady requested the balls be deflated, but that he asked them to be deflated BELOW 12.5psi, or that he asked for it to be done AFTER the balls were checked the the officials.