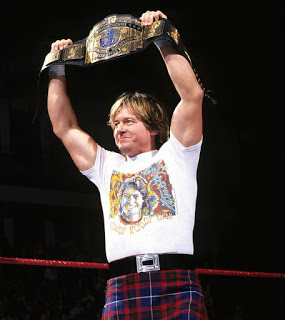 Today is truly another sad day in professional wrestling and another gigantic loss. Rowdy Piper passed away Friday afternoon in his sleep of cardiac arrest. This comes as a huge blow and another major loss in WWE. Piper was WWE’s rebel and wildman in the 80’s into the early 90’s but his legend started long before he ever got to WWE. He had come classic matches in the NWA, and CWF-Mid Atlantic. He ran hard with Ric Flair and had a brutal Dog Collar Match against Greg Valentine.

In the WWE, he feuded against Hulk Hogan, Rick Rude, Ted Dibiase, and Ric Flair. He was an Intercontinental Champion, and a Tag Team Champion. There are a lot of great memories that I have like Pipers Pit with Morton Downey Jr., his epic promo against Hulk Hogan at Halloween Havoc 1996, and his personal hatred for Mr. T. I have to say my all time favorite moment was the Hollywood Backlot Brawl at Wrestlemania 12 against Goldust. They say pro wrestling is fake but there was nothing fake about Roddy’s intensity during that match or in his career. Rowdy was a one of a kind unique performer who will never be duplicated or replicated.

After WWE he spent three years on and off in WCW fighting against the nWo. Piper was still a big name in the industry but his role like many others was mismanaged in the company. He did have some great matches against Hogan, Flair and the nWo. After WCW shut down he traveled around the indies, TNA, and Ring of Honor. He was enshrined into the WWE Hall of Fame in 2005. He still made occasional appearances and still made an impact.

One thing that made Piper awesome was his mic skills and how he could come up with some great lines that stood out. Here are some of my favorite quotes from Piper:

“I came here to chew bubblegum and kick ass, and I’m all outta bubblegum.”
“You don’t throw rocks at a man with a machine gun!”
“Just when they think they have the answers, I change the questions.”

“Sooner or later, everybody pays the Piper!”
“I’m so quick, I could spit in the wind, duck, and let it hit the old lady behind me.”
Roddy Piper will never ever be forgotten by those who watched him and worked with him. He was Rowdy before rowdy was cool. My thoughts and prayers go out to Roddy’s family, friends and to all those who loved him.