This past Monday on Raw, WWE fans across the world got a moment they were longing for. For about the last 10 years since the careers of the Lita and Trish Stratus ended the Divas Division has been the sacrificial lamb of WWE. It’s been the match to calm people before the main event, and it’s been known as the bathroom break match. The Divas have not gotten the respect that many feel they deserve. Over the last year and a half the women of the NXT brand have been making a lot noise and gaining notoriety that women in WWE haven’t seen in the years. The reason I call it the the re-evolution is because this is isn’t the first time Divas evolved. In the early 2000’s when Divas weren’t really doing much then a long came ladies like Trish Stratus, Lita, Chyna, Jacqueline, Ivory, Molly Holly, Victoria, and Jazz. Before them there was Alundra Blayze and Sable but they really had no competition for them to shine.

Sasha Banks, Becky Lynch, Charlotte and Paige all have great stories. They have all have backgrounds and they all have the passion to be the best.  A lot of people are conflicted that they were introduced by Stephanie McMahon but the words behind the introduction were powerful and inspiring. I think the Divas Division is going to become the highlight of the rest of 2015 and into 2016. If I were to rank the top 15 Divas in WWE and in NXT here is how I would rank them

As you can see the Divas division is looking strong and will continue to get stronger. I hope they be in the spotlight at events like Summerslam, Wrestlemania and the other big events WWE produces. I honestly haven’t been this excited about women in wrestling for a long time. The future is here, now and ready to shine. It’s time for women in the WWE to steal the spotlight and steal the show. The only thing left is to bring back this: 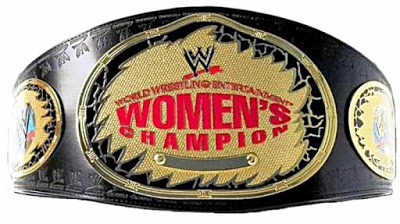