The night before Summerslam NXT will make his presence felt in Brooklyn at the Barclays Center. Brooklyn is well known for having crazy wrestling fans that will be very vocal if they don’t like what they see. It should also be noted that NXT will be competing with Ring of Honor who is running right down the road from them on the same night. This is card ROH will be putting out that night 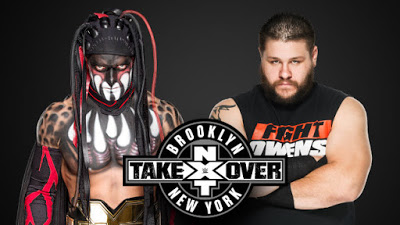 NXT Championship: Finn Balor(c) vs. Kevin Owens
I love that Finn Balor got his moment in Tokyo Japan and that he’s definitely a big part of the future in WWE. I originally thought when Owens dropped the title he would be moved on to greener pastures but since his first win against John Cena his momentum completely crashed. I have no doubt Balor will return his title but Owens needs a very strong performance to regain some of his momentum. The last time I saw Kevin Owens in a Ladder Match was against El Generico(Sami Zayn) in Generico’s last match in Ring of Honor and we know what happened there. With ROH, NXT, and Summerslam all within 24 hours of each other this will be the match people talk about the most. 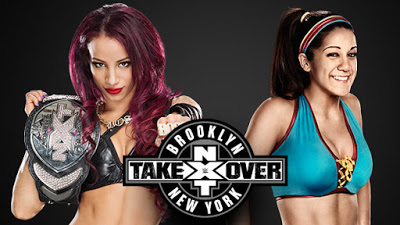 NXT Women’s Championship:  Sasha Banks(c) vs. Bayley
There is no doubt in my mind that this will be just as good as any of the other women’s matches that NXT has produced in the past. I think it’s time for Bayley to shine and hold the gold. Sasha Banks is now apart of the Divas Revolution on the main roster. I think right now Bayley is the best long term solution to be Women’s Champion. Sasha, Charlotte and Becky Lynch were the biggest part of the NXT Women’s Division and now Bayley has a chance to take on that roll. I see Bayley hugging that title all the way out of Brooklyn. 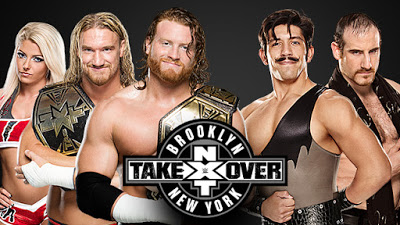 NXT Tag Team Championship: Blake and Murphy(c)  vs. VaudeVillians
The VaudeVillians have been passed over for The Ascension, Lucha Dragons, and now Blake and Murphy. I believe that Simon Gotch and Aiden English have one of the best gimmicks around and they are both extremely talented in the ring. Brooklyn is going to give these two old school style characters a great reaction. The Vaudevillians say they have a surprise to contain Alexa Bliss and I think this will be a huge factor in the outcome of this match. I say the Vaudevillians walk out with the gold and re-ignite the tag team division in NXT. 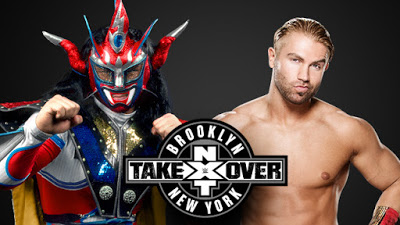 Jushin “Thunder” Liger vs. Tyler Breeze
This was a direct shot at Ring of Honor and trying to compete with them. A lot of heat was on New Japan for allowing Liger to appear on a WWE show considering ROH and New Japan have an agreement to share talent. Win or lose this match will put Tyler Breeze on the map and maybe give him the push towards the main roster. I think Breeze will bring everything he has to the match but I don’t see Liger losing in his WWE debut. 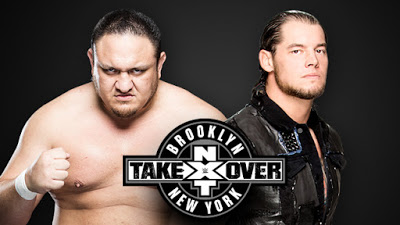 Samoa Joe vs. Baron Corbin
When Baron Corbin started his reign of terror began I thought it was really cool. In these last few months I am just not intrigued or interested in Corbin because we really haven’t seen what he’s made of. I really think this is a must win for both guys because Corbin needs to show he can go and Samoa Joe really needs to get the momentum going in his WWE career. I really feel Joe’s first few months in NXT have been a letdown. He deserves so much more and can produce so much more if he’s given the chance.  I think Corbin will show more in this match but Samoa Joe will walk a way the winner because that’s best for business. 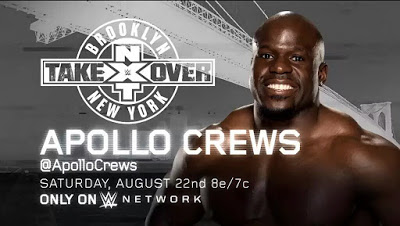 The former Uhaa Nation makes his debut and it will be his taste of a big crowd in WWE. I think this will this will truly prove if this guy can live up to the hype that has surrounded him. I for one cannot wait.

This will be truly a monumental weekend in pro wrestling as a whole but it’s also a chance for WWE to really put the boots to ROH and anyone else who thinks they have a great wrestling product. On August 22nd there will definitely be no sleep for Brooklyn.