skip to Main Content
On August 23rd 2015, WWE will present the 27th annual Summerslam. This is the first time Summerslam has not been in Los Angeles in quite awhile. This will also be the first time in Summerslam history that it will be a four hour event. This looks like an incredible card from top to bottom and I think a lot of history could be made. Here is Summerslam: 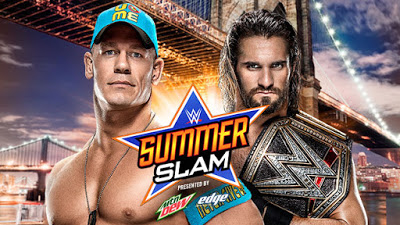 Championship vs. Championship Winner Take All: United States Champion John Cena vs. WWE World Heavyweight Champion Seth Rollins
It’s been a long time since we have had a title match in the WWE and the last time it was this heavily build was Hulk Hogan vs. Ultimate Warrior at Wrestlemania 6. I have very mixed feelings about this. One side tells me that Seth Rollins has gotten stale as WWE Champion and that his championship matches don’t have the epic feel that they should have. The other side of me says that I don’t want to see John Cena tie Ric Flair’s record of being a sixteen time World Champion. I have this gut feeling that both men will keep their titles but I am not sure how it will play out. Either way I feel both championships will remain with each person. 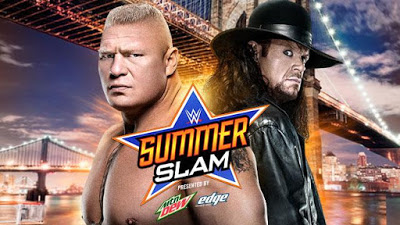 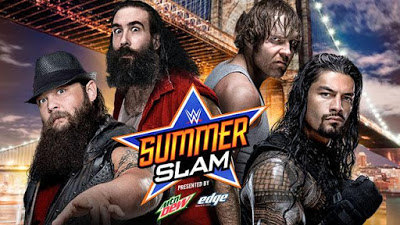 Bray Wyatt/Luke Harper vs. Roman Reigns/Dean Ambrose
I loved when the Wyatt Family and The Shield had their war a year and a half ago. It was epic, it was chaotic and it was intense. Even though you don’t have Seth Rollins and Erick Rowan in this battle it will be another chapter in the storied careers of The Wyatt Family and The Shield. Roman Reigns has not had any momentum since Wrestlemania 31. I truly believe Reigns not winning the WWE World Heavyweight Title set his career about five steps back. All four of these men could be World Title contenders but their in that phase where the booking and creative teams don’t know what to do with them. I believe that Reigns and Ambrose will win in what will be an epic tag team match. 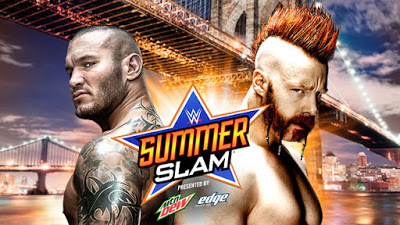 Randy Orton vs. Sheamus
Something in my head tells me we are going to have another Wrestlemania moment where Orton defeats the Money in the Bank Briefcase holder and then later on they cash in on the championship. The Orton and Sheamus rivalry has been interesting to watch and I am sure if Sheamus wins the championship the rivalry won’t be over. All I got to say is look for an RKO out of nowhere. 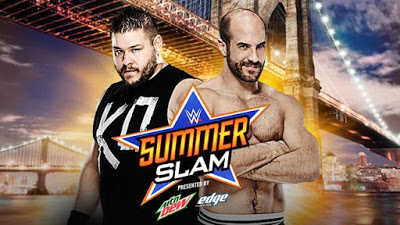 Kevin Owens vs. Cesaro
This match will personally be my favorite match of the night. I love all the guys that come from Ring of Honor and I believe this match could steal the show. I believe Cesaro has a lot of momentum from the fans right now and could be the next Daniel Bryan for the WWE Universe. The thing that worries about me about this match is that having Kevin Owens lose two big nights in a row could set him back more then he already is. If he does lose both at NXT Takeover and Summerslam it better be in really convincing fashion. I look for Cesaro to win and continue his grip on the brass ring that Vince McMahon said he couldn’t reach. 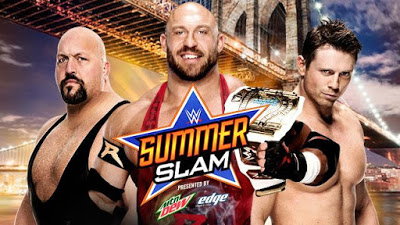 Triple Threat Intercontinental Championship Match: Ryback(c) vs. Big Show vs. The Miz
Let’s be real. The Big Show is over the hill, The Miz is irrelevant and Ryback does not fit the image of an Intercontinental Champion. I honestly have no interest in this match and maybe that sounds bad but think about the Intercontinental Championship at Summerslam. Hart vs. Perfect, Hart vs. Bulldog, Razor vs. Shawn 2,  and The Rock vs. Triple H, This match will not even come close to the legendary status of what those title matches were. I respect what all three men bring to the WWE but I am not a fan of this match. Ryback wins because it’s the only thing that makes sense. 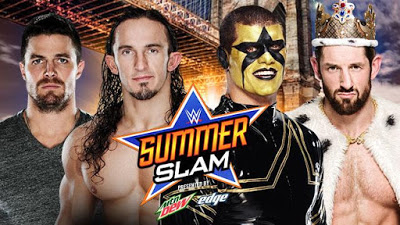 Stephen Amell/Neville vs. Stardust/King Barrett
The one thing I love about the Neville and Stardust feud is that they have added the comic book element into it. Neville is just an amazing performer without any extra added elements. As far as Amell goes I am usually not a fan of putting outsiders in the ring but Amell has some agility and I think he will surprise a lot of people with how good he could be. He’s had a lot of roles in TV and is starting to become a prominent figure in movies. I think Amell and Neville will get the win and I don’t think this will be the last time you see Stephen Amell in the ring. 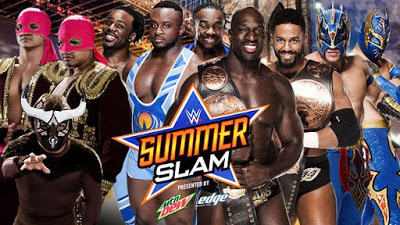 Fatal Four Way WWE Tag Team Championship Match: Prime Time Players(c) vs. Los Matadores vs. The New Day vs. Lucha Dragons
The tag team division has had more depth in recent years but they are not featured as heavily as they should be. I really feel the best tag teams in WWE aren’t even featured on the main roster yet. I think Enzo/Cass, Blake/Murphy, The Vaudevillians,  The Hype Bros and Dash Wilder/Scott Dawson are all great teams that could make the division so much better then it already is. Let’s not forget whoever the tag team champions are when the Uso’s are back together will have a new challenge on their hands. I don’t have a personal favorite in this match but I would love to see a potential Lucha Dragons title run that eventually see them on a collision course with The Uso’s. 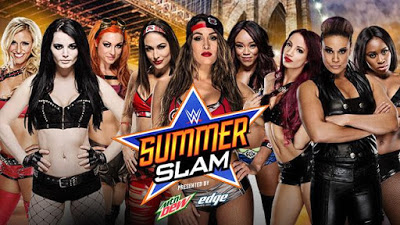 Triple Threat Elimination Tag Team Match: Team Bella(Nikki/Brie/Alicia Fox) vs. Team PCB(Paige/Charlotte/Becky Lynch) vs. Team B.A.D.(Naomi/Tamina Snuka/Sasha Banks)
Usually I would not give a Divas match a second thought and would completely dismiss it but the Divas Revolution has been awesome to watch so far. All nine of these Divas bring something different to the ring and it makes for some interesting matches. I am not sure who exactly will win this match but whoever does win this match will have major momentum on their side. I think this will be a great showcase of the Divas division. If I had to pick a winning team I am going to go with Team PCB.
This years Summerslam will be off the chain. They will have an incredible card, ESPN will be covering Summerslam live on Sportscenter and Jon Stewart from The Daily Show will be hosting this years Summerslam. Look for a lot of great action and I would expect a few surprises a long the way. The summer is hot but it’s going to get hotter with the second biggest show of the year.
Please Share This