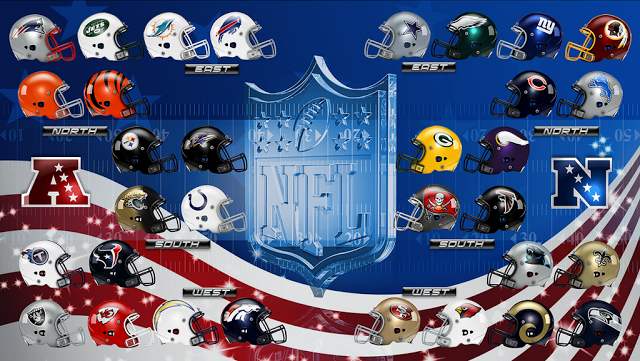 In week 8, I guess 10 out of 14 games correctly. The four I guessed incorrectly were the Bills/Jaguars, Colts/Saints, Chiefs/Steelers and Chargers/Raiders. Here are my predictions for week 8.
New England Patriots over Miami Dolphins
Kansas City Chiefs over Detroit Lions
Atlanta Falcons over Tampa Bay Buccaneers
Minnesota Vikings over Chicago Bears
Cincinnati Bengals over Pittsburgh Steelers
Arizona Cardinals over Cleveland Browns
Houston Texans over Tennessee Titans
St. Louis Rams over San Francisco 49ers
New Orleans Saints over New York Giants
Baltimore Ravens over San Diego Chargers
New York Jets over Oakland Raiders
Seattle Seahawks over Dallas Cowboys
Green Bay Packers over Denver Broncos
Carolina Panthers over Indianapolis Colts
I really feel like this weeks games are pretty much self explanatory. I don’t see any marquee match ups but I am sure their will be a few upsets. So far I have guess 71 games correctly which is an average of about 10 a week. I don’t think that’s bad considering all the surprises this season. Check back next week for my week 9 predictions and to see how I did in week 8.
Please Share This