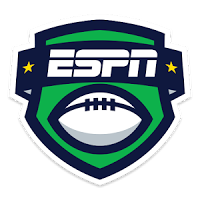 Let’s get right down to it. I lost in both leagues again. This is not been a good year so far but I still feel like some of my players are doing awesome and that my team’s record doesn’t reflect how well they should be playing this year. With that being said here are the results of this week:
Grandma and Uncle Jack Memorial League
Hollywood’s World of Sports (82) vs. Grand Rapids Pumas (115)
Starters
Cam Newton- 13
Marshawn Lynch- 18
Chris Johnson- 18
Brandon Marshall- 6
Michael Crabtree- 12
Greg Olsen- 6
Travis Benjamin- 2
Texans D/ST- -3
Cairo Santos- 10
Bench
AJ Green- Bye
Alex Smith- 14
Darren McFadden- 22
Percy Harvin- 0
Markus Wheaton- 1
DeAngelo Williams-0
My opponent had 26 points on their bench compared to my 37. It wouldn’t have made much difference as I lost and my record is now 2-5 and have scored 585 points so far.
UA GR League
Hollywood’s World of Sports (73) vs. Team Curlee (78)
Starter
Cam Newton- 13
CJ Spiller- 4
Ryan Matthews- 17
Doug Baldwin- 1
Kenny Briit- 4
Coby Fleener- 4
Chris Ivory- 11
Falcon D/ST- 10
Josh Lambo- 9
Bench
Sam Bradford- 6
Percy Harvin- 0
Anthony Fasano- 2
Lance Dunbar- 0
Tavon Austin- 6
Carlos Hyde- 4
Emmanuel Sanders- Bye
My bench had 18 points compared my opponents 28. If I would have started Austin over Baldwin we might have been tied. I am now 2-5 with 546 points scored. Considering only four teams make the playoffs in this league I believe you will see a much different roster next week. It’s time to start selling. Check back next week to see if my losing streak continues or I break through and win a game!
Please Share This