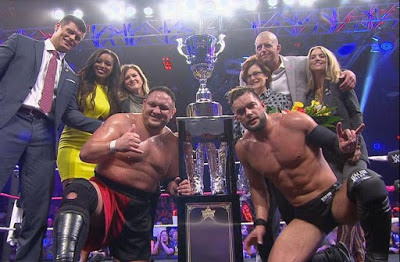 Tonight was about respect. The last Takeover was in Brooklyn and that really set the bar high. I think Takeover Respect had it’s ups and downs but NXT Takeover was as usual better then what the main roster usually puts out. Here are the results of NXT Takeover: Respect

The one thing I did not like is that it was two make shift tag teams were in the Dusty Rhodes Classic Finals. I get that star power in Samoa Joe, Finn Balor, Baron Corbin and Rhyno but Dash/Dawson and Jordan/Gable are two legitimate tag teams who personify the tag team wrestling Dusty Rhodes loved and appreciated. Joe and Balor are the winners of this tournament but it makes me wonder if they just used this tournament as a way to set a program between the two of them. It just doesn’t make the tournament as prestigious as it should be.  I will say that all three tag team matches were great and had a lot of great storytelling to them. It was awesome to see the Rhodes Family present the trophy to Joe and Balor. The other thing I did not like but it’s nothing too terribly bad is Tyler Breeze. Tyler Breeze has pretty much done everything in NXT  so if they are not going to give Tyler Breeze the NXT Title then he needs to be moved up. I understand they are using him to get new and special talent over but there are plenty of people who can do that. What an incredible match he and Crews had but it’s time they move “Prince Pretty” up to the main roster.

The Main Event was the 30 Minute Iron Woman match between Sasha Banks and Bayley. I could tell before the bell rung that a lot of emotion running both women. There was a lot of pressure, a lot of hype and a lot to live up to. Sasha appeared to be hurt in the beginning of the match but the storytelling and psychology of the match did not let up. Both women put their best effort and left it all in the ring. The crowd was on fire for this match and I am sure everyone else was. I really think this match is easily a match of the year candidate. You know you have earned the respect of your peers when the entire locker room comes out after your match and applauds you. That was a great moment. I really am excited for the future of women’s wrestling and tonight proved why. NXT is why I love being a wrestling fan and why I am excited for the future of the WWE.  Tonight the past, present, and future of NXT earned everyone’s respect 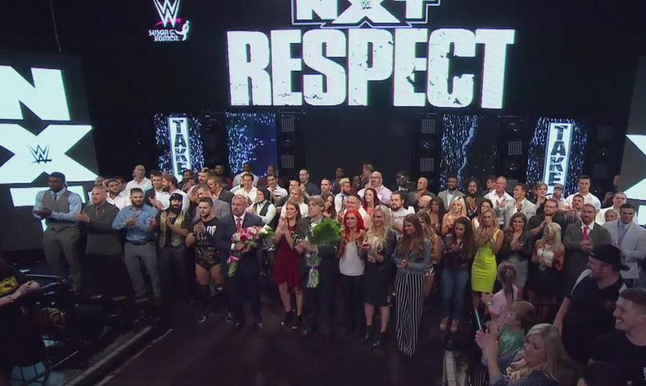