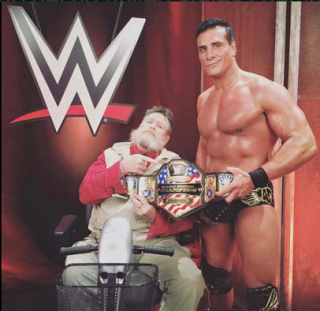 Tonight was the annual Hell in a Cell pay per view. It was shocking, brutal and WWE raised the bar a little bit tonight and they very much needed it. Before I begin with my thoughts here are the results:

I usually don’t talk about the pre-show match much but all six guys in the pre-show match deserve so much better. They all should be competing for the World Title and Intercontinental Title. I can’t wait to see how the Cesaro and Stardust feud will turn out since Stardust has been messing with Cesaro lately. I do not like how Kane and Seth Rollins ended. I believe this is the night that Sheamus should have cashed in. I believe Rollins should have won by DQ and then Kane should have destroyed him allowing Sheamus to cash in.

I am so happy Alberto Del Rio was kept a secret and he returned to beat Cena for the United States Championship. A lot of people were thinking Tyler Breeze, Dean Ambrose or Daniel Bryan as Cena’s opponent. They kept Del Rio’s return a secret is huge shock. Another shock is he was accompanied by Zeb Colter. All the matches were really good. They had good chemistry and storytelling. I really can’t complain about tonight’s matches.

The Main Event was the final meeting between The Undertaker and Brock Lesnar inside the Hell in a Cell. I knew going into the match that they needed to do a lot to top Reigns and Wyatt. Well they found a way because both men were a bloody mess. Lesnars matches are usually brutal but this may have topped it. They held nothing back and pulled out some pretty interesting stuff. In the end, Brock Lesnar won and it was fitting he used the low blow and the F5 to finish off The Undertaker. I have to say it was the best out of their three matches. The pay per view concluded with The Wyatt Family attacking The Undertaker which leads me to believe that Survivor Series is going to be huge. This years Survivor Series marks the 25th Anniversary of The Undertaker and it’s going to be a night to remember.