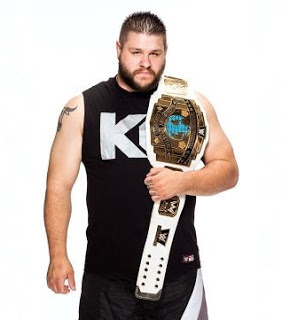 Tonight was a special presentation of the WWE Network. The special took place at Madison Square Garden in New York City and what a great venue to hold a Network Special. The crowd was pretty red hot and it the crowd can make or break a show. Here are the results of the show.

I am glad that they put two feuds together for a tag match. Ziggler/Rusev and Orton/Sheamus is really getting old and it’s time all four of them got into new programs with new people. It was a great match that opened the show. I know it was technically suppose to be a “house show” but they should have treated as a different show. I didn’t like that Paige was teamed with Charlotte and Becky because it’s not playing out what we see on TV. Charlotte and Becky Lynch turning on Paige was a repeat of what we saw on TV before when Paige did it to them. I also thought the Brock Lesnar-Big Show match was a joke and complete waste of time considering that it’s the only match that had hype or buildup.

Even though there was no buildup I really enjoyed the match between Chris Jericho and Kevin Owens. I am so glad we have a great worker as Intercontinental Champion again. I hope Owens brings some prestige and respect back to that title. It helps when guys like Chris Jericho want to work with you and put you over. It was also pretty cool that Chris Jericho got to wrestle on the 25th Anniversary of his debut in the pro wrestling business.

The Main Event was John Cena and Seth Rollins in a Steel Cage match. It was a good match for what it was. These two guys put on a great main event for MSG and held nothing back. I enjoyed the little stare down between John Cena and Jon Stewart before Cena entered the cage. I am really enjoying Kane’s character right now. A lot of people may not like it but I think it’s awesome. It’s probably the best work he’s done since he teamed with Daniel Bryan as part of Team Hell No.

For a WWE Network special I was very disappointed. Their was no buildup, no surprises and the matches were very predictable. They shouldn’t be using these special to shock and awe the fans into purchasing their product. It was what I thought it would be and that is a glorified house show. I’d give the show a 5 out of 10. It wasn’t great but it wasn’t horrible. I hope in the future that WWE will use these Network specials to do something great and not so predictable. Hopefully next time I will have higher praises!  Up next is NXT Takeover: Respect and Hell in a Cell! Check back then for more thoughts on reaction to those shows.