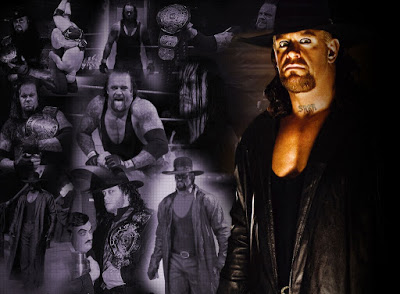 Shawn Michaels always called himself as Mr. Wrestlemania in his later years but in my opinion The Undertaker is Wrestlemania. The Undertaker has stood the test of time and people always see what he’s going to do at Wrestlemania. However Wrestlemania is not his only accomplishment. He was in the first ever Hell in a Cell match as well as competing in Casket Matches, Buried Alive Matches, and even competed in a rare Body Bag Match. My favorite time during The Undertaker’s career is when came out as the American Bad Ass, and Big Evil. He was a real life person and not the Dead Man like he had been for so long. He was more vocal on the microphone and you got a sense when he came to the ring that he was going to feed off the energy of the crowd. The motorcycle driving, leather wearing, and Last Riding character only lasted three years but it was different. He evolved which so many other failed to do in that time frame. He reverted back to his original character in 2004 and has been the same ever since.

On November 22nd 2015, The Undertaker will celebrate his 25th year with World Wrestling Entertainment. As much of a celebration it is, there is a part of it that makes me sad. The Undertaker is the last of a great generation. He outlasted Austin, Michaels, Hogan, Flair, The Rock, Hart, and many others. When The Undertaker finally hangs up the boots it will be time for WWE to look at how they will ever get to where they once were. They once had star power, depth in their roster, and characters that stood out. The Undertaker is and was a huge part of those components. Whether he was the “Dead Man” or the “American Bad Ass” he was an instant draw for WWE and commanded people’s attention. This Survivor Series will mark the last run of The Undertaker which will probably come an end at Wrestlemania 32. If this is Then Undertaker’s last ride it’s been one hell of a ride and it will be a ride that will never be duplicated again. The Undertaker’s legacy will live on for a long time long after his career has rested in peace. From being Ted Dibiase’s partner to feuding with Bray Wyatt currently, you have to respect what he’s done for the WWE. Love him or hate him, he deserves all the respect he’s given because it is and always be his yard. 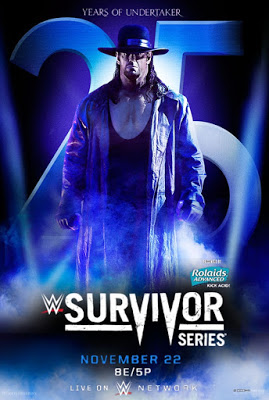