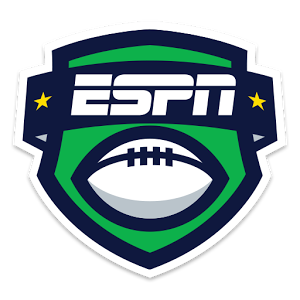 What an interesting turn around this week considering how horrible I was doing. I won both leagues I can tell you I was shocked by the way both victories came about. With that being said here are the results of my fantasy football teams
Grandma and Uncle Jack Memorial League
Hollywood’s World of Sports(100) vs. Team Hawk Hockey(69)
Starters
Cam Newton- 17
Marshawn Lynch- 8
Chris Johnson- 6
Brandon Marshall-10
Michael Crabtree- 16
Greg Olsen 13-
Travis Benjamin- 2
Texas D/ST- 19
Cairo Santos- 9
Bench
AJ Green- 17
Alex Smith- 26
Darren McFadden- 10
Markus Wheaton- 0
Danny Amendola- 1
Khiry Robinson- 1
My bench had 55 points compared to the 25 points on my opponents bench. It seemed like either way I was going to have a great week. I am surprised how well my team did compared to what they have done all year. I am now 3-5 in this league with 685 points scored. Hopefully I can more good performances like this to make a good run into the playoffs.
UA GR League
Hollywood’s World of Sports(67) vs. Grand Valley Lakers(61)
Starters
Matthew Stafford- 8
CJ Spiller- 9
Orleans Darkwa- 2
Doug Baldwin- 3
Kenny Britt- 0
Coby Fleener- 10
Tavon Austin- 21
Falcons D/ST- 4
Josh Lambo- 10
Bench
Sam Bradford- Bye
Percy Harvin- Bye
Anthony Fasano-0
Lance Dunbar- 0
Nelson Agholor-Bye
Malcolm Floyd- 21
Kamar Aiken- 6
As you can see my bench scored 27 points compared to my opponents 44. It honestly could have gone either way depending on what moves would have been made. I am now 3-5 in this league with 615 points scored. This roster looks way different compared to the previous weeks. I said I was going to make moves and I did. Check back next week to see how I did in week nine. Week eight was great and hopefully week nine will be fine.
Please Share This