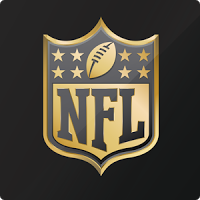 With the regular season of the 2015 NFL season ending today there are so many things that happen this season that can be discussed. There were some good and some bad. Other times it got ugly on and off the field for some teams and players. This season was so ridiculous I quit my weekly predictions weeks ago because you never knew from week to week who was going to upset who. With that being said here are some thoughts I want to leave you with.
-The Carolina Panthers went 15-1 this season and Cam Newton broke a lot of records. Many people called them overrated or said they had an easy schedule. First off their is nothing easy about the NFL and you don’t go 15-1 by being overrated. If they had it easy how come they beat two playoff teams in the Seattle Seahawks and Green Bay Packers.This team has a lot of heart and has a lot confidence and the scary thing is that they are a fairly young team.
-It was great to see Adrian Peterson have a great comeback year. I think he really redeemed himself after the disappointments he suffered in his personal and professional life last year. I can only hope that Ray Rice will eventually get the same chance. I think if the league can forgive Plaxico Burress and Michael Vick they can forgive Ray Rice and let him prove himself.
-One player who has been in trouble this year is Johnny Manziel. I really see a lot of hypocrisy coming from the NFL because Manziel has been in so many situations this year that if it were anyone else they would have been suspended multiple games. He is a disease to whatever team he’s going to be apart of. If I were the Cleveland Browns I would grant Jerry Jones his wish and trade him to the Dallas Cowboys and in the in process demand as much back as you can.
-Kirk Cousins stepping in becoming a good Quarterback really isn’t that surprising. Sure he made a couple of really dumb mistakes but he hasn’t been Washington’s consistent starting Quarterback. Now that he is the consistent Quarterback I expect great things from him in the future. As for RG3, I’ll be curious to see what team takes a chance on his bummed out knee.
-The Detroit Lions started out 1-7 and thought they were headed for another rough season. Apparently Mrs. Ford finally had enough and got rid of everyone in management except for Head Coach Jim Caldwell. They ended up finishing 6-2 after those moves were made. I don’t what the future holds for Coach Caldwell, Matthew Stafford and Calvin Johnson but hopefully they can make something out of those changes.
-Charles Woodson retired after a wonderful career in the NFL. He accomplished so much in his time in the NFL and in College. In my opinion he’s the last guy other than the Carson Palmer to have a successful career. I can’t throw Cam Newton into the category just yet only because he’s only been in the league for four years. Think about that for a minute. Woodson won the Heisman in 97, Palmer in 2002, and Newton in 2010. So it goes to show a Heisman Winner being successful in the NFL is a rarity in the last twenty years.
-It’s nice to see Kansas City becoming a successful sports town. The Chiefs had a rough start but they finished really strong. This is the first time that the Chiefs and the Royals have both made the playoffs in the same year. I think Kansas City expects greatness now and how great would it be for that city if the Chiefs went to Super Bowl 50 and won it all? Even if that doesn’t happen they have something to build on and should not be ashamed of what they accomplished this season.
-I have always been a fan of Rex Ryan’s interview but sometimes his coaching skills are not something to brag about. I think going into the season he was bitter about the Jets getting rid of him. The Bills went 8-8 on the season but the two losses they handed the Jets cost the Jets the playoffs. Even though the Jets didn’t make the playoffs I think they are going to be the best New York team for the near future.
-The two hottest teams to end the season are the Kansas City Chiefs with 10 wins in a row and the Washington Redskins with four wins a row. Having a strong end to your season can result in some great momentum for the next season. Ask the Carolina Panthers who last year won their last four games in a row. They built on that and had an 18 game regular season win streak. I look for some great things to happen with the Chiefs and the Redskins in the next few years if they stay healthy.
-No matter who wins Super Bowl 50, they will have earned it. All 12 teams in the playoffs have what it takes to win the whole thing. It doesn’t matter if you have 1 loss game or loss 7 games because they all have the tools to win the big one. As I’ve said before anyone can anyone on any given Sunday. I really think this will prove to be true in the playoffs as well.
It’s been a great NFL season with a lot of craziness. It’s been fun to talk about, fun to watch and fun to see the reactions from the players all the way to the fans. Hopefully we will all have more to talk about as the playoffs move forward.
Please Share This