Next Friday kicks off Wrestlemania weekend and it’s going be a great kickoff to the weekend with NXT Takeover Dallas. Last time there was an NXT event on the weekend of a major pay-per-view the NXT show out shined and out did what the main roster did. Since then I like many others had been wondering if Triple H would have a NXT special on Wrestlemania weekend. The question had been answered and the card has been set. I have a feeling that this NXT Takeover special is going to put a lot of pressure on Wrestlemania. With that being said here is the card for NXT Takeover Dallas: 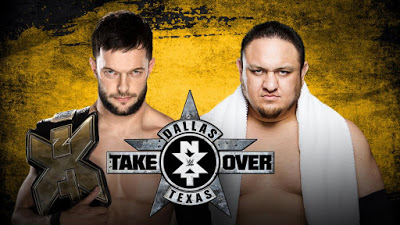 NXT Championship: Finn Balor(c) vs. Samoa Joe
Finn Balor has been NXT Champion since July 4, 2015 and has taken on all comers. With all the rumors of Karl Anderson and Doc Gallows coming to WWE to reunite New Japan’s “Bullet Club” I believe it is the perfect time for a new NXT Champion to be crowned. I think Balor has been more then ready for the main roster for awhile now but there has been an internal struggle between Triple H and Vince McMahon. The internal struggle is that Vince wants Balor on the main roster while Triple H is afraid that Balor will end up like Tyler Breeze if he’s brought up. I think Vince gets his way and Balor comes up which means Samoa Joe becomes the new NXT Champion 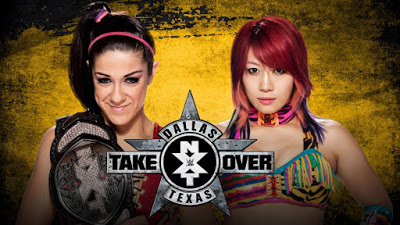 NXT Women’s Championship: Bayley(c) vs. Asuka
This is another case of another talent being ready to come up to the main roster. Bayley is the last of the Four Horsewomen down in NXT. I can picture the night after Wrestlemania and seeing Bayley walk to the ring and challenge the Diva’s Champion. I think Asuka is going to be the new leader of the Women’s Division in NXT and help out the next group of Divas to come up. Bayley has hit her peak in NXT and there’s nothing left for her to accomplish or prove down there. She will have a great match with Asuka but the title will be changing hands in Dallas. 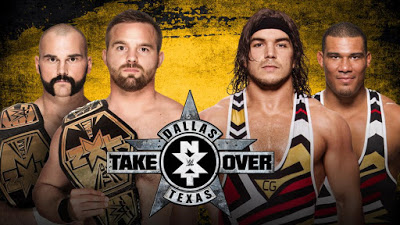 NXT Tag Team Championship: The Revival (c) vs. American Alpha
I am torn on this match for personal reasons because I enjoy both teams. The Revival reminds me of the Brainbusters and the Anderson’s while American Alpha reminds me of Team Angle. Gable and Jordan have been on fire and so has their reaction from the crowd for them. I believe that both teams are main roster ready and have the capabilities of shaking up the tag team division. I am going with American Alpha to win the titles and to start a short feud with The Revival over the next few months. 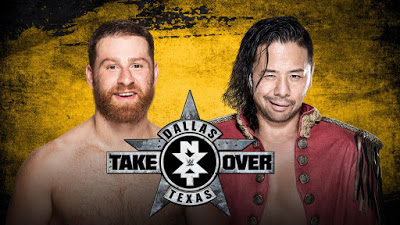 Sami Zayn vs. Shinsuke Nakamura
Even the outcome is so obvious on this match I believe this has the capability of being the best match of the entire weekend. Both Zayn and Nakamura are extremely talented but the “King of Strongstyle” is making his debut and there is no way he loses his debut match. Nakamura will impress the NXT crowds and be an immediate contender to the NXT Title. 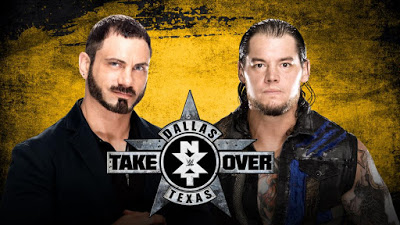 Austin Aries vs. Baron Corbin
I love what Austin Aries has done in his career. He’s a former Ring of Honor and TNA Heavyweight Champion that’s been in the ring with the absolute best. Baron Corbin may be stronger, bigger and mean but Austin Aries knows how to break an opponent down. I think Aries is another one that is going to be warmly received by the NXT crowds. Aries gets the win and The Greatest Man Alive will be another immediate contender to the NXT Title. 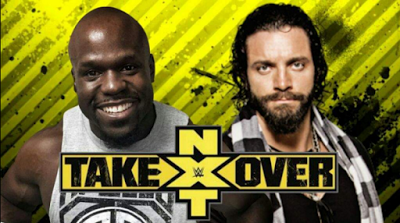 Apollo Crews vs. Elias Samson
This is a good match to calm the crowds down with all the excitement that’s going to be taking place on this show. I have no interest in the Elias Samson character because it’s one of those characters that’s not very believable. The only two people whoever pulled the guitar gimmick off are Honky Tonk Man and Jeff Jarrett. You need to have the right kind of charisma to carry a guitar and he doesn’t have it. I hope Apollo Crews wins and gets some momentum going again. I feel like he hasn’t had the momentum that he once did when he first started. I look Crews to win and get back in the hunt for the NXT Title.
I am super excited for this show. With the all the injuries and a rumor of a brand split the names I could see coming the main roster are Finn Balor, Bayley, Enzo Amore Colin Cassasy and Carmella. All of them have worked on the main roster and all of them have spent significant time in NXT. This would take a little bit out of NXT but NXT’s roster is deeper then the main roster so it wouldn’t be to bad of a blow for the NXT brand. NXT is taking over Dallas on April 1st and you would be a fool to miss such a great event. Check back for the results and review of the show.
Please Share This