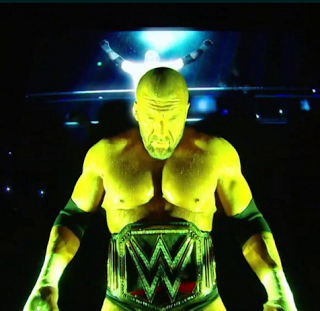 In years past after the Royal Rumble fans would have one pay per view between the Rumble and Wrestlemania. It was either No Way Out, Elimination Chamber or Fastlane. This is the first time WWE aired a major show three weeks before their biggest show. Before I begin my thoughts on Roadblock here are the results of tonight’s monumental show:

This in my opinion was a very big waste of time. I really thought this show was going to really shake some things up heading into Wrestlemania. Instead of guys like Owens and Styles on the show you use Jack Swagger and Stardust who aren’t even involved in a major storyline at the moment. It’s nice to see these guys get some airtime but how did it fit into the Wrestlemania plans? It didn’t whatsoever. I also didn’t like the fact that there was four title matches announced and not one of them changed hands to shake things up for Wrestlemania.

WWE better get it together in the next three weeks because right now the undercard of Wrestlemania does not look all the impressive. If you really think about it there is not even an under card to speak of. You can definitely tell that this was a Vince McMahon produced show and not a Triple H produced show. Triple H’s NXT wouldn’t have put on this horrible of a show leading up to the big event. With Wrestlemania three weeks away the main roster better step it up and so better the people running the show. The fact that the NXT Takeover show is two nights before Wrestlemania should scare the crap out of everyone on the main roster. Look at how great the last NXT Takeover was on the weekend of a major pay-per-view.

I am not even going to rate this show because you really can’t consider at a typical WWE pay-per-view. I will say I am disappointed, dissatisfied, and dejected after that waste of two and half hours. Speaking of time. The show was scheduled for three hours and it cut out 30 minutes early. Another piss poor example of time wasted and mismanagement. April 3rd is rapidly approaching. I hope that they don’t disappoint in Dallas and hope they don’t disappoint everyone in the WWE Universe. Until then we march on to the Road to Wrestlemania.