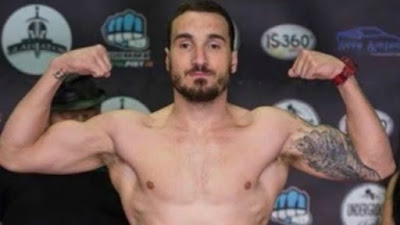 On April 9th, João Carvalho fought against Charlie Ward as part of Total Extreme Fighting in Dublin, Ireland. He suffered a 3rd round loss by T.K.O. but unfortunately he lost much more then that. After the fight he was rushed to the hospital for surgery due to major brain injuries. Sadly he passed away two days later. A little over a week later Conor McGregor announces that he’s retiring on Twitter. This tweet left Dana White with no decision but to pull McGregor from UFC 200. A lot of people are saying that McGregor’s decision to not fight is over money, marketing, and other various disagreements with UFC President Dana White. I think some of that could be true but McGregor was in Charlie Ward’s corner during that fight. He witnessed the beating that Carvalho took in person. It horrified him, it scarred him and it probably made him question his own life and his own future.

If McGregor has seriously retired permanently then can you honestly blame him? I wouldn’t if I saw something that horrific. Another question that has to be asked is could this have been prevented? I ask this question with utmost respect towards the people involved in the tragedy but was their a full fledged physical before the fight? Is it possible that Carvalho had previous health issues that no one was aware about? It worries me that a lot of these MMA promotions aren’t looking out for their fighters and not making them go through physicals like the UFC does. Look at Bellator and what happen at Bellator 149 in February 2016. They allowed Kimbo Slice and Dada 5000 to fight each other Dada 5000 almost died because of heart failure. I hate to burst everyone’s bubble but you just don’t get heart failure from just one fight. If Bellator would have done complete physicals on both fighters they would have clearly seen that Dada 5000 was is in no shape to fight in a 3 round mixed martial arts. I remember watching this fight thinking that I hope MMA promotions would step up and take care of their fighters like every other sport,
I’ve seen unforeseeable tragedy in just about every sport. I watched Dale Earnhardt die doing what he loved, Hank Gathers at the peak of his College career, and Owen Hart trying to entertain the fans. Just like Carvalho they all could have been prevented. The difference is that all of these sports have made progress in safety, and protecting their athletes. The very sad part about this situation is both Charlie Ward and João Carvalho were both are very young into the careers. Ward had four fight prior to this event and Carvalho had five. I am sure both men had incredible careers ahead of them. Unfortunately for the Carvalho family they have suffered a tremendous loss. For Charlie Ward it doesn’t matter where is career takes him this will haunt him for the rest of his life even though it wasn’t his fault. I hope in the future that all MMA promotions will require their fighters to undergo a physical before they get into cage and fight.

Here is the Kimbo Slice-Dada 5000 fight I was using as an example of. You tell me if they should have been fighting in the cage.

Kimbo Slice vs. Dada 5000 by outlawrocker