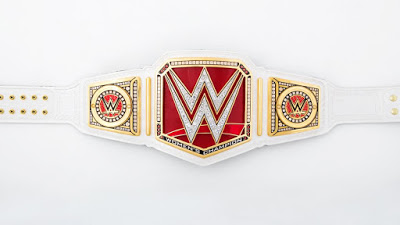 At Wrestlemania 32, the WWE did away with the WWE Diva’s Title and replaced with the new WWE Women’s Championship. For many years in the WWE the female matches were second rate matches used as bathroom breaks during the shows. I also remember when they were used as the match before the main event of pay-per-views to get the crowd to calm down before the last match. Over the last two years women like Paige, Emma, Becky Lynch, Charlotte, Sasha Banks, and Bayley have revolutionized women’s wrestling and has gotten it noticed. I also have to put Natalya Neidhardt in that category as well. She was a great women’s wrestler before great women’s wrestling started showing itself again. When I first saw this championship belt I immediately thought to myself that looks amazing. That looks like the WWE World Heavyweight Championship. The WWE made the Women’s Belt look equal to the Men’s Belt.
There are so many cases of women not getting the recognition that the men do. I feel like the WNBA doesn’t get the attention the NBA does. The LPGA doesn’t have get the coverage that the PGA does. How often do you see Women’s baseball, hockey or football on national television? You don’t but they all exist and the athletes who compete in them are just as athletic as the men are. In the UFC, all the belts in all the weight-classes are the same whether it be male or female. The only issue I have with the UFC is that they pay the men more then they do the women. That sad part is the women’s fights are better then the men’s fights most of the time. I believe that since it”s all the same company then the pay should equal.
My hope with this new Women’s Title is that the pay, the royalties and the spotlight becomes as equal as the men. The women of WWE have put on some incredible matches within the last couple of years. There have been times during the NXT specials that the Women’s match has been better the men’s matches. I think Wrestlemania 32 showed that as well. Many people believe that the women’s match was the match of the night on the grandest stage of them all. With the new championship belt and some of them women coming up the ranks I am excited for the future of women’s wrestling. Women’s wrestling is back and it’s truly here to stay. A famous man once said, “Hell hath no fury like a woman scorned.” Well be careful  for what you wish for because the fury of women’s wrestling is now upon us.
Please Share This