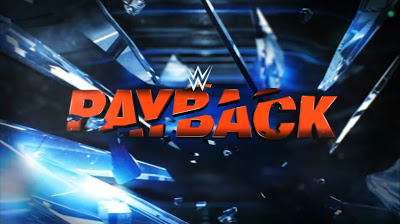 After Wrestlemania there use to be Backlash but over the last few years the backlash formed into some payback. Since Wrestlemania Shane McMahon has been running Raw and defined it as a new era in WWE. Before I begin with my thoughts here are the results of he show:

First off I’d like to send my prayers out to Enzo Amore who took a nasty spill in the opening match of the pay-per-view. The match ended in a no contest but that’s besides the point. I hope Enzo is okay and he will come back from this. On a positive note, I absolutely love the heat Ryback got on the kickoff show. All in one entrance he mocked CM Punk, Razor Ramon, Shawn Michaels and Hulk Hogan. What made it better is that it was a great match between Ryback and Kalisto. I also think Corbin and Ziggler had a great match as well. This is a very good feud and it will be a good payoff for Corbin in the long run.

It don’t care if he’s El Generico or Sami Zayn, because anywhere you go Zayn versus Steen is a moneymaking match. Both men proved why they are top notch competitors and deserve a 20 to 30 minute match. I’ve always said the best of friends in real life make the best of competitors in the ring. Look at Michaels-Triple and the other members of the Kliq back in the 90’s. They always had a good matches and Owens-Zayn is in that same category. Another feud that’s been brewing since after Wrestlemania is Cesaro and The Miz. I think having Maryse back is a good thing for The Miz but Cesaro has been on fire since his return. Cesaro and Miz had a good match but somehow Zayn came back out to attack Owens who was on commentary. It almost looks like it’s going to set up a fatal four way for the title between The Miz, Cesaro, Sami Zayn and Kevin Owens. Very good job building a story on WWE’s part because I didn;t see any of that coming.

One man who needed Payback is Dean Ambrose. He had a very lackluster match at Wrestlemania and need a great match to get back on track. Jericho and Ambrose had a hell of a match. Sometimes I really think the booking team doesn’t know what to do with Dean Ambrose. However if I had it my way Ambrose would be in the hunt for the WWE Title on a consistent basis like he was last summer into the fall. Speaking of superstars who should always be in the title picture, I think after what happen to Natalya tonight she should get the Women’s Title after the reenacted the Montreal Screw Job. As always the women put on a great match and I hope the feud between the family dynasties continues.

The Main Event was between WWE World Champion Roman Reigns and number one contender AJ Styles was very intriguing to me because I did not see Styles being in the title picture to soon into his WWE run. What people might not understand is his merchandise is selling hot right now. The WWE is about who can draw and make money. Well AJ Styles has drew people and made money everywhere he goes. The match reminded me of John Cena-CM Punk from Money in the Bank 2011. The crowd was very for Styles and very against Roman Reigns, The main event had a great storytelling, great action and and epic feel to it. Reigns may have won but Styles showed why he had belonged in WWE all a long.

All in all I can’t complain. Other then misfortune in the opening match the crowd was hot, the matches were really good and some good stories came out of it. I am really surprised Vince told Steph and Shane to run Raw together. I personally think it’s going to make for great TV. A WWE pay-per-view should leave people always wanting more and tonight they accomplished that because I want more of what I saw tonight. I am going to give WWE Payback a solid 8.5 out of 10. In three weeks time we get extreme and we will show if the momentum carries over to WWE Extreme Rules.