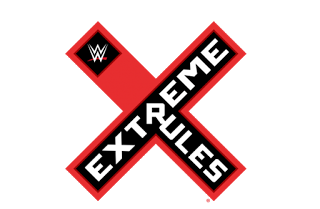 Tonight WWE went to the extreme and it did not disappoint. Before I begin with my thoughts here are the results of Extreme Rules

I love the fact that The Club finally got a victory in their feud. A lot of people have complaining about how poorly booked Anderson and Gallows have been but tonight they were booked right. They looked impressive and they looked dominating. Speaking of dominating I do like the fact that they are getting Rusev back on track to the way he was when he first started. I think Rusev got punished for the wrong reasons and it’s good to see him being properly.

When it comes to being used properly I think the most entertaining thing in WWE is The New Day. I use to hate The New Day. The New Day has ran through the tag team division so whats left? The New Day has yet to face Enzo and Big Cass and The Club. Those are two feuds that I cannot wait to see. Something I want to see again is the fatal four way for the Intercontinental Championship. Even though I am disappointed that The Miz retained it was definitely a match of the year candidate. I believe the three challengers have some big things ahead of them. Cesaro, Sami Zayn and Kevin Owens all should be competing for the World Title when they are not in the hunt for the Intercontinental Championship.

Former Intercontinental Champion Dean Ambrose is one hell of a performer. I loved the idea of the Asylum Match and it was very innovative for what it was suppose to do. It was good to see some old school objects used like the thumbtacks and the barbed wire 2×4. What I didn’t want to see on this show is for Natalya to lose again. I feel like after they mocked the Montreal Screwjob they should have had Nattie won the title. A short term title run would have done Nattie and the Women’s Division some good. Hopefully we will a compelling women’s feud between Charlotte and Sasha Banks will be coming shortly.

The main event between AJ Styles and Roman Reigns had a slow start but they sure as hell picked up the pace. These two put on a hell of a match and even though it went down the way I thought it would I truly believe AJ Styles has brought out the best in Roman Reigns. After the match was over Seth Rollins returned and Pedigreed Reigns and held the title over his head. This is a huge return and I have a feeling Rollins is going make his claim as champion considering he never really lost it. I will give the show a sold 7.5 out of 10 because it was somewhat predictable but everyone put in a great effort all the way across the board. Next up is Money in the Bank which takes place June 19th in Las Vegas. Everyone will be rolling the dice and hopefully cashing in their chips on the road to Summerslam..