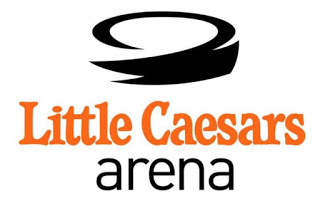 As we all know the 2016-17 NHL season will be the last season that the Detroit Red Wings will be playing in Joe Louis Arena. They have been playing there since 1979 and have had some historical moments in the arena. The arena is owned by the city of Detroit, and operated by Olympia Entertainment, a subsidiary of Ilitch Holdings. Since Tigers Stadium and the Pontiac Silverdome have been demolished, Joe Louis Arena has been the last great landmark in the city of Detroit and it’s outer limits. This has all changed because in 2014 the city of Detroit approved a project of $650 million to build a new hockey arena near Ford Field and Comerica Park. Sadly once Little Caesars Arena is built, the legendary Joe Louis Arena will be demolished.
There has been a huge outcry about the name of the new arena and that it doesn’t represent what the city wants. I am not going to dwell on names, sponsors on the arena or the fact that the owners aren’t listening to their fans. In 2014 the average cost to go to an NHL game was $62.18.  I am pretty sure that number has changed a little but in the last two years because that’s naturally how the economy goes. Everything goes up in price except a persons wages. In 2012, the city of Detroit filed bankruptcy because Detroit’s long terms debt had reached close to 20 billion dollars. So here you have all of this debt and a proven track record that city is not economically stable and the city wants to build a new arena? What’s really bothersome is that the taxpayers of Detroit will be paying $285 million dollars in long term taxes to fund this 650 million dollar arena.
If I am a citizen of the city of the Detroit why should I pay outrageous prices to go to a hockey game when my hard earned money is already funding a good portion of the arena being built? I feel that if you live in a city with a sports team and your taxes funded the arena then you should be getting discounts on tickets. This should be especially true for a hurting city like Detroit which like I said is not economically stable. These sports owners forget it’s the people who really make these things possible. They buy the tickets, they buy the merchandise and they buy at the concessions in order to have a good time. The least these owners could is cut the taxpayers a break on ticket prices. Some of these taxpayers don’t even make enough money to go to a sporting event so why should they have their money taken out to support one?
Professional sports is probably the most greedy industry to be involved with. The players always want more money, the owners want to save their money and the fans just want to be able to go support their team without killing the entire banking account. I believe the Illitch family needs to set an example here. If you live within the city limits of Detroit and are paying taxes on this new arena then the taxpayer should get something like 25-30 percent off their tickets. I believe this is how you keep your loyal fan base and not further putting the city or it’s people in debt. Little Caesars Arena opens September 2017. Hopefully the people of Detroit will be able to come out and support their team. 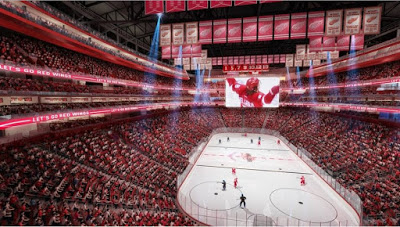 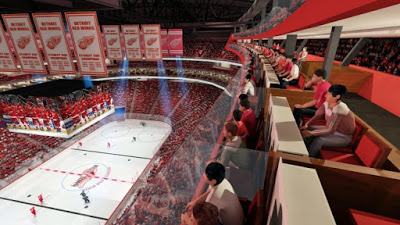