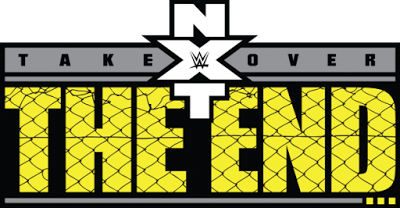 Tonight’s NXT Takeover event was dubbed “The End.” Going into the show I had no idea what the end meant. Did it mean the end of NXT, the end of Samoa Joe-Finn Balor or the end of something else. Regardless the show was incredible and as always it delivered. Before I begin with my thoughts here are the results of Takeover.

I really enjoyed the debut of Andrade Almas. He’s very unique but I feel like the crowd wasn’t into him much because they are fully supporting Dillinger. Dillinger has been a very valuable asset to WWE. In recent month he has helped prepare Sami Zayn and Seth Rollins prepare for their returns. He makes a lot of talent look good and sometimes that gets rewarded. Speaking of rewards I really believe American Alpha and The Revival are the future of the tag team division. I would personally see either team win WWE Tag Team Gold. This was a phenomenal match which featured everything that a tag team match should be. After the match The Authors of Pain made their debut with legendary manager Paul Ellering. That’s how you make an impact.

Since arriving to NXT Shinsuke Nakamura has made a huge impact. His style is so great and  he is such a unique personality. I knew he and Aries would have a great match but I will be the first to admit it’s kind of hard to live up to what Nakamura did with Sami Zayn back in April. The other thing thats hard to live up to is the women’s matches we saw the first two years of NXT on the WWE Network. I will be the first to admit that I was skeptical of Asuka and Nia Jax because it’s the Four Horsewomen, Paige or Emma. I was pleasantly surprised on the psychology and the delivery of the match. I tip my cap to both women and I hope to see them both compete against each other again.
Before the main event Bobby Roode was caught going into William Regal’s office which created some speculation about the Main Event. The Main Event was the first ever Steel Cage Match in NXT. Samoa Joe and Finn Balor went to war and what a war it was. I had a feeling it would be a great match. At the end of the night Samoa Joe hit an awesome Muscle Buster to retain his NXT Title.
I still don’t know what “The End” means but the show was another quality show and proves why NXT is the hottest thing in wrestling and the WWE Network.
Please Share This