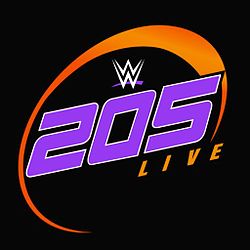 Tonight was the first episode of WWE 205 Live which a new WWE Network Show solely dedicated to the Cruiserweight Division. I think this is a brilliant move by Triple H because of two reason. The first reason is because the Cruiserweight Classic was epic and inspiring. The second reason is because I think the division has been poorly booked and used since it arrived. I truly believe that Triple H is trying to outsmart and one up his father in law Vince McMahon. Since the beginning of the WWE Network, shows produced by Triple H have been way better then shows produced by McMahon and Kevin Dunn. Going into tonight I was hoping it wouldn’t be any different.
I love at the beginning of the show they introduced everyone that’s in the division because fans who don’t have the WWE Network might not know who they are. The division looks solid and stacked with a lot of talent. The opening match of the night was the Bollywood Boyz taking on Tony Nese and Drew Gulak. I love the team of Nese and Gulak because they are hard hitting, bone breaking, and have some great technical wrestling. The Bollywood Boys got their first victory in WWE and it was very entertaining to see. Speaking of entertaining it was so good to see Jack Gallagher in WWE. This guy is so unique and innovative it’s ridiculous. I could see this guy being a huge part of the future of WWE. In the Main Event, The Brian Kendrick defended his Cruiserweight Title against Rich Swann. It was smart of WWE to put Kendrick in the Main Event on the first show because most long time WWE fans know who he is. I love the fact they went over the time limit of what the show was suppose to because this was a really good match. This was an incredible Main Event to start of what will no doubt be an incredible show. Congratulations to Rich Swann on becoming the new WWE Cruiserweight Champion.
I really do like the concept of 205 Live. I enjoyed Austin Aries on commentary and he hinted that he could be in the Cruiserweight Division. He would be an awesome addition to the division. His experience and skills would benefit a lot of the young upstart competitors. I do wish that it was more then 45 minutes long and wish it was before Smackdown. I always enjoyed the flow of Talking Smack after Smackdown Live. I personally would love to see the show start at 6:30 and go an hour that way there was an intermission period for fans to get souvenirs and concessions. Other those things I would change I think the show is great. You really get to know the competitors in the division on this show which is a good thing, because they don’t have much character on Raw. I am excited for this show, and I am excited to see where the division goes in the future.
Please Share This