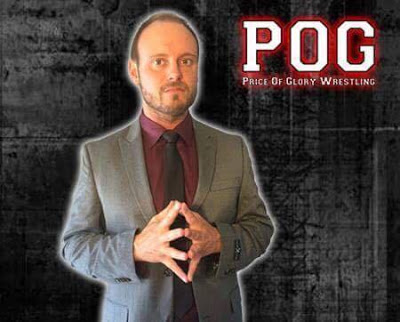 On November 19th in Coldwater, Michigan wrestling fans will witness the return of Dan Severn’s Price of Glory Wrestling. With this return comes a lot of changes in leadership, training and how the promotion will be ran. One of those changes will was the announcement of a new Professional Operations Supervisor. That position will be held by none other then a POG Original Noah Lott. Noah Lott trained under Dan Severn starting 2004 and has held all three titles that POG has had to offer. This will be the first Price of Glory event in three and ironically enough it will be their 100th show. With a lot riding on the line I reached to Noah Lott regarding his future, the future of POG, and what we can expect at the 2016 Glory Cup. I give you Noah Lott:

It has been over three years since Price of Glory Wrestling ran a show. It was left at 99 shows. What was the motivation to get POG to it’s 100th show?

Respect. Respect to Mr. Severn that has put so much into the company. Respect to the workers that had put fourth so much effort and sacrifices for us and our shows for the past 99. I guess also just because 100 is a milestone for independent wrestling and we just had to by any way possible. It was our goal, now our goal will be accomplished.

In your position as The Professional Operations Supervisor what will be your duties?
Just that; the day to day operations making sure we can put fourth the best possible product while also using the best talent within our reach. Who do you look forward to seeing return at POG? Wow that’s a hard question, I don’t know if there is someone more important or that I’d rather see more then another. Most original wrestlers that used to work for us have moved on to other things so I will be glad to see everyone.
Who would you like to see come in to POG and make an impact?
Let’s just say we have many things in the works and fans will be pleasantly surprised by who we will already be bringing in. What can we expect from POG in 2017? Unique and meaningful matches, surprise new and old talent, and of course a great product. In terms of your own career how has POG helped you? POG was one of many places where I honed my skills and talent. It was a great place with great workers where I felt I got better and helped others as well.
At POG Moment of Truth in April 2005 you had a classic match with Jack Thriller. In that match you suffered a pretty severe concussion. How have concussions effected your career? Effected my career? I’ve never heard it asked that way before. It has effected my life more so then anything else. Day to day life must be altered to deal with ongoing issues from concussions.
What is your advice for athletes who get a concussion?
Take the proper time away, follow the guidelines of your doctor and by all means don’t return unless told your able to.
You wrestled a Dark Match on WWE Monday Night Raw in Grand Rapids, MI. What was going through your mind throughout the day and when you walked through the curtain? Throughout the day was filled with excitement and joy. Going through that curtain for the first time will be something I cherish and will never forget. I was focused and ready to wrestle; what I was supposed to do with my life.
You were also involved in the elevator brawl between Randy Orton and Wade Barrett. What was the experience like?
It was still thrilling even though I had now been with WWE before. I was just glad to be apart of the planning process and see the overall outcome and angle become a success.
Outside of WWE what do you consider your great accomplishment? I think going to Japan and being able to train and see other aspects of there style opened my eyes and also helped push my mind to stay focused.

What is your favorite memory/match in your time at POG?
I would have to say my no limits match against Dollar. I still hold the chaotic championship… technically.
What does the future hold for POG?
I’m not sure, I just want people, fans, and workers to remember POG for what it was. If we can continue more and more great, if not; at least we made it to 100.

What does the future hold for Noah Lott?
I’m in the process of transitioning and I hope to continue wrestling in some capacity but also help young guys and girls achieve their dreams like I got to.
Any final thoughts?
If you try hard enough for long enough your bound to succeed. Knowledge is power; study a lot, learn a lot, know a lot.
Noah Lott will all be apart of POG Glorified along with many past and future POG stars For more info on Price of Glory head on over to https://www.facebook.com/POGwrestling/ 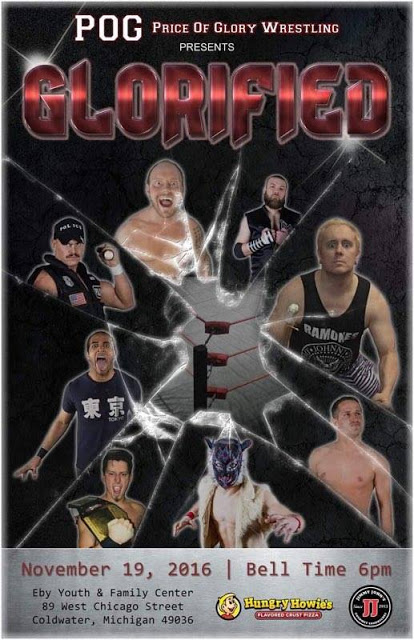