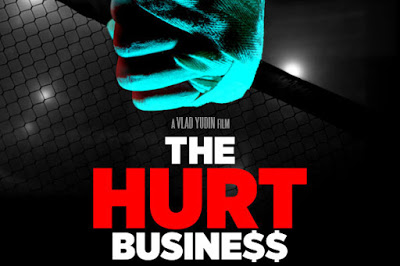 In 2016, a documentary was released to theaters for one day only. It was a documentary similar to a wrestling documentary that came out years ago called Beyond the Mat. This documentary was about the world of MMA. The documentary focuses on the origins of MMA, the violence and the struggle. When I saw the documentary was listed on Netflix I knew I absolutely had to watch it. The documentary features the stories and lives of 50 mixed martial artists, their families and other personalities in the business. I did not know how deep MMA ran and how hard the life of someone trying to make it really is. One notable name that was not in this film is Dana White. I think the reason for that is because I think he wants people to be ignorant and think this is a glorious lifestyle where you can make a great living. This documentary proves that mindset couldn’t be anymore wrong.  It’s very disheartening to see what some of these fighters go through. The documentary was filmed at points from 2012 to 2015 so some of the big stories that happened in 2016 were not in the documentary. However this was a very powerful documentary.

One of the main stories were the careers and lives of Jon Jones and Rashad Evans. Jones and Evans were once teammates at Greg Jackson’s MMA Academy. When Evans went down with an injury back in 2011 Jones stepped in and took Evans title shot. Jones ended up defeating Maurício Rua for the UFC Light Heavyweight Title and held the title for nearly four years. One of his title defenses was against Evans which ended the bad blood that they had over Evans feeling betrayed. Since the loss it seems like Rashad has had a lot of struggles with multiple fight losses and injuries. From watching the documentary it seems like he’s not the same person he was when he was with Greg Jackson. Another person who has struggled in life is Sara McMann who had a successful career lost her brother in 1999 and lost her fiance in 2003. She raises a daughter and wants to make sure she is around to raise her daughter. These are just a few of the fighters who have struggled and paid the price in all aspects of life.

After watching the documentary I realized that MMA is a lot like the NFL in terms of injuries because of the violence. I almost think MMA injuries are worst because of the lacerations, broken bones, and the violent blows to the head. The NFL doesn’t allow helmet to helmet hits anymore which has made it safer. You’re not going to eliminate punches to the head in MMA otherwise it would be all submission and grappling. Guys like Mike Guymon and Gary Goodridge suffer all the time with depression, thoughts of suicide and memory loss. This is one of the many reasons why politicians use to be against the UFC and some still are today. The UFC made many changes like weight-classes and rules on what you can and can’t do in a fight.

When it comes to MMA, making a livelihood it is really hard. Fighters on the preliminary card make an average $30,000 a fight. Those on the main card make an average of $50,000 a fight. If you’re the main event the average pay is $500,000. Obviously some fighters make more then others depending on their star power and how much they can draw. The revenue split in the UFC is 85% to the company and 15% to the fighters. This is the largest gap of any of the sports organizations in America. The big of four of MLB, NBA, NFL and NHL the revenue split is almost 50-50 across the board. The question I always asked is how a one dimensional fighter like a Floyd Mayweather can make into 10 and 100 million dollar range per fight but a multi-dimensional fight who has train harder can’t even make one million dollars a fight? It really does not seem right or fair that the fighter of the UFC are not taken care of like athletes in the other sports organizations. The documentary of The Hurt Business showed me how real the struggle is for these men and women who devote their lives to this sport.

If you are an MMA fan I would highly suggest you watch this awesome documentary. It really gives you a whole new perspective on the UFC, Bellator and MMA in general, I think once you are done watching this it will give you a new appreciation and respect for what these fighters do for a living. The Hurt Business is definitely in my top 5 of all time sports documentaries. If you have Netflix this is one documentary you should take the time to watch.