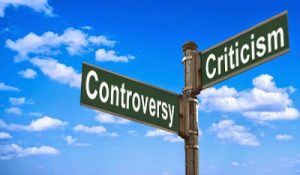 March is always a wonderful time if you’re a sports fan. The World Baseball Classic is on, most states have their high school basketball tournaments going and it’s March Madness. I’ve been watching a lot of basketball these last couple of weeks and it’s been very interesting. Some of what I have seen has been absolutely awesome but other things make me question decisions that are being made on and off the playing fields.

In Michigan, we have the MHSAA that makes all the rules and regulations for high school sports. For the most part they do a great job with the high school sports and they are ran. However a couple of weeks ago I went to a District Semifinal where a 17-3 team played a 2-18 team. The game ended up being a sixty four point blowout which after awhile wasn’t even fun to watch. The team that won ended up benching all of it’s starters for the entire second half of the game. The MHSAA needs to rethink the way they determine who makes the playoffs and who doesn’t. Not every team should be in a State Championship Team. If each team plays twenty games in a season and they don’t win eleven of them then they do not qualify for the playoffs. A tournament is about rewarding teams who have winning seasons and work hard to achieve those winning seasons. What message are you sending to these kids? Right now you’re sending message that it’s okay not work hard to achieve a goal and you can still get rewarded. I also think you put these kids in a position to feel humiliated and embarrassed. If you take out all the teams that were below five hundred then it would be roughly two less games that the winning teams would have to play which eliminate the blowouts and any risk that a player might get injured. It’s games like the Regional Final Game I went to this past week that make high school basketball great. It was competitive and close which had the crowd into the game the entire time. Both sides had a ton of energy which made it a very fun atmosphere to be in. Imagine if you just had one district game and then moved on to regional games. It is something that the MHSAA really should evaluate and think about doing.

As high school basketball is winding down the intensity of March Madness is certainly upon us. A lot of the games have been extremely competitive and fun to watch. One thing that was not fun to watch was how the Gonzaga-Northwestern game went down. Northwestern had a ton of momentum in the closing minutes of the game and it seemed like they were going to knock off a number one seed.  As Northwestern was driving to the hoop for layup Gonzaga’s big man stuck his hand through the net and over the inside of the rim which should have been called goaltending. The referee’s did not call it which resulted in Northwestern’s Head Coach Chris Collins becoming furious with the officials. The officials didn’t appreciate Collins getting in their face, and as result called a Technical Foul on Northwestern. Once this unfolded Northwestern lost all of their momentum, and ultimately lost the game. There are many sides to this whole situation, but the one I am going with is that the officials need be held more accountable for their mistakes. There were three officials on the court and you mean to tell me that none of them could see an obvious goaltend. Did Chris Collins lose control? Yes, of course he did. This was the first time that Northwestern has ever made the big tournament and in situations like these emotions run very high. I think the NCAA needs to review goaltending calls, because there have been a few missed goaltend calls already in this tournament. I’ve read others saying that it as karma because Northwestern was gifted a victory by a Vanderbilt playing making a mistake at the end of the game.  There is a huge difference between a player making a mistake and the officials missing an obvious violation of the rules. The officials should never determine the outcome of a game or a change in momentum of a game.  I hope someday officials are held more accountable for making crucial mistakes that take the game out of the players hands.

When basketball hasn’t been the focus of the sports world the World Baseball Classic has been taking place. I love the World Baseball Classic is so much fun to watch because you have players from Major League Baseball, Minor League Baseball and other international leagues representing their countries. One of the best moments so far in this tournament was Adam Jones robbing Manny Machado off a home run in the USA-Puerto Rico game. Why was this such a cool moment? It’s because Jones and Machado are teammates for the Baltimore Orioles and unless they go to another team you won’t see them play each other. That’s what makes this tournament so great because you can have MLB teammates on opposing sides being competitive for the love of their country. The World Baseball Classic concludes this coming week and the March Madness Tournament concludes the following week. Before you know it we will be in the regular season of baseball. My early World Series prediction is that the Chicago Cubs will be back in the World Series defending their title against the Boston Red Sox. I am sure my prediction will change halfway through the season but only time will tell. Until next time be safe, be strong and remember Controversy Doesn’t Come Without Criticism!