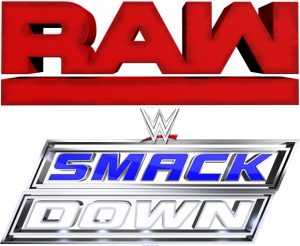 It’s the week after Wrestlemania and as Vince McMahon announced last week the WWE would be undergoing a “Star Shakeup.” More or less it’s another term for an annual WWE Draft. There was a lot of wheeling and dealing going on and even a few NXT callup’s. Before I begin with my thoughts here are the results of the WWE Superstar Shakeup:

My honest overall opinion is that Vince McMahon got sick and tired of hearing that Smackdown was better then Raw so he tried what he could to tip the scales in his favor. Right now there are so many positives on Raw. The tag team division is loaded with talent like The Revival, The Club,  The Hardy Boyz, Sheamus/Cesaro, and Heath Slater/Rhyno. I think the Women’s Division is more even now. With Charlotte going to Smackdown it will ensure Bayley and Sasha Banks will not be losing the title to her anytime soon. One thing I noticed about Raw is all three former members of The Shield are on Raw as well as The Club with their long time friend Finn Balor. I could see a huge rivalry starting between the two factions at some point.

The one thing I am happy to see is that AJ Styles is still on Smackdown. This will now allow him to have some great matches with Orton, Kevin Owens, Sami Zayn and his rival in Japan Shinsuke Nakamura. AJ brings out the best in everyone he faces so the new talent coming in will greatly benefit from him being there. I think the Smackdown Live roster needs to bring up Johnny Gargano and Tommaso Ciampa because the tag team division is lacking the depth and star power that Raw has. Right now you have The Uso’s, American Alpha, The Ascension, Breezango, The Shining Stars, and now The New day. They barely use Breezango or The Ascension so that doesn’t leave much to work with.

Now that the Superstar Shakeup is over I will be curious to see what new rivalries will take place and who will get new opportunities. One feud I am looking forward too is Finn Balor and Bray Wyatt. When Balor brings out the demon it’s going to make for some interesting storytelling. I also would like to see a rematch between Shinsuke Nakamura and Sami Zayn now that they are on the same show. The possible matches and feud that could take place would be phenomenal. For now we have to wait and see what show will be better. Can Raw reclaim the top spot in terms of fan opinion or will Smackdown continue to be the better show? The WWE Universe will have to stay tuned and find out.