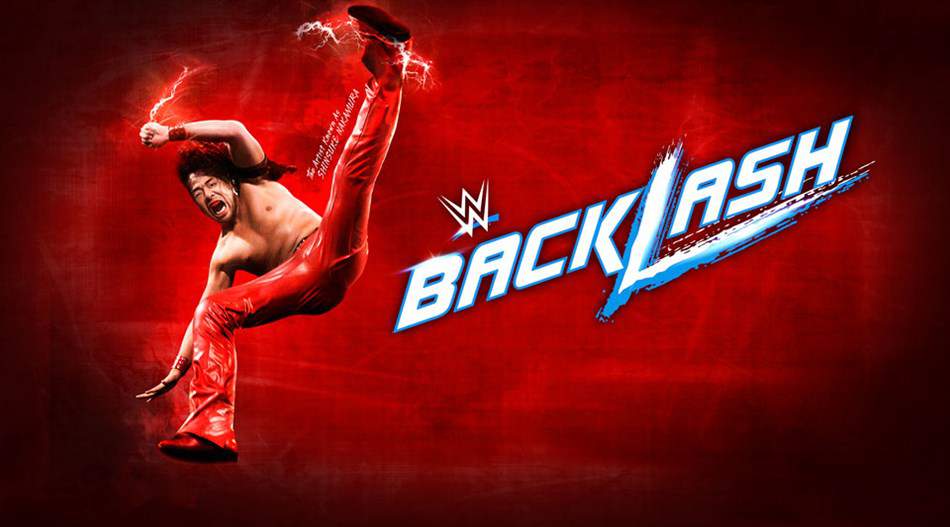 Tonight was the annual Smackdown pay per view and it was the first big show since Wrestlemania. New rivalries and new stories have been created since Wrestlemania. A lot of hype and anticipation was in effect leading up to tonight’s event. Before I begin with how Backlash lived up to the hype here are the results of tonights show:

The opening match of the night was the was Nakamura and Ziggler. There was a lot of hype and buildup for Nakamura and he defintely lived up to the hype. Ziggler was the perfect opponent for him because of how good he can sell and deliver. Some people complained that Nakamura should have wrestled sooner but people need to understand he is a once in a life time performer and needed to have a much anticipated match. Following the charisma of Nakamura we were treated to the charisma of BreeZango. Never in my life have I ever seen a tag team championship match go down the way it did. I have never laughed so hard in my life watching a title match. Even those rotten Uso’s kept the titles BreeZango proved that deserve to be in the spotlight.

Baron Corbin has been on fire as of late so I am really surprised that he did not go over on Sami Zayn. I really think Zayn is going to be another Daniel Bryan story. The powers to be don’t think much of him but the fans love him. He has always been a fan favorite and that support is starting to pay off for his career in WWE. Since the superstar shakeup things have been fun to watch in the Women’s Division. I like what they are doing with the division and getting everyone involved. Even with Charlotte on Smackdown the focus has been on everyone as it should be. It was nice to see Natalya get the submission win and keep her momentum going. I really hope before her career ends she wins a Women’s Title one more time.  She has put in the work and deserves it more then anyone on the roster.

When it comes to deserving things no two people are more deserving of the spotlight then Kevin Owens and AJ Styles. I truly believe the United States Championship was elevated heavily tonight because you had two main event caliber talents giving it their all for a championship that a lot of people don’t pay attention to. I hope to see more of Owens and Styles for the next few months to come. Two individuals they really need to figure out are Erick Rowan and Luke Harper. I think Harper could be a breakout star if given the chance but I really don’t know where you go with Erick Rowan. They both were so attached to Bray Wyatt and that was their identity. They should have changed their characters completely after Bray went to Raw.

The Main Event was the intriguing match-up between Jinder Mahal and Randy Orton for the WWE Championship.  This match had my curiosity all week long because Mahal got put in the position Orton did in 2004. I feel like tonight was Jinder’s imitation into the main event scene. He took an absolute beating tonight in his match with Orton but in the end the beating was worth it. I am so happy to see someone new and surprising win the WWE Championship an be thrust into the the spotlight. Mahal’s win capped off a really awesome WWE Backlash pay per view. I certainly believe there will be plenty of backlash headed into Smackdown’s next show Money in the Bank. I am going to give Backlash an 8 out of 10 for great matches, and a shocking title win to end the night. Congratulations to Jinder Mahal on becoming the new WWE Champion