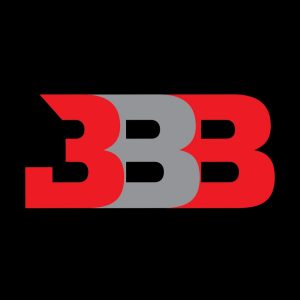 When parents watch their children participate in sports they want them to do well and excel to the highest level. I’ve always believed that parents should work with their kids at home to improve their skills and help them to be the best. With that being said when do you hit the point of crossing the line and being more involved then you should be? I think we met that person in Lavar Ball. I understand a father being proud of his sons and wanting them to succeed but the things that came out of is mouth is what made me lose any kind of respect or interest in this man or his kids. Saying things like, Golden State would be better off with Lonzo rather then Steph Curry or he could beat Michael Jordan one on one in his prime.  First thing is your son Lonzo is obviously not that great because he couldn’t even get UCLA to the Final Four. Secondly, if he thought he could beat MJ why wasn’t he a superstar in the NBA? I also don’t agree with ESPN giving him the attention when he and his sons have done nothing to prove their credibility  as professional athletes.

If running his mouth wasn’t bad enough he implied that Nike should have his three sons a combined a Nike contract worth 100 million. Lonzo just got out of college ball and the other two haven’t played college ball yet. Keep in mind even if Nike did want to sign them LaMelo and LiAngelo couldn’t receive money because it would be in violation of NCAA regulations. The most recent reports that came out stated that Adidas, Nike and Under Armour all turned the Ball family down on sponsorship because of Lavar’s big ego. Lavar Ball wanted each company to buy into the Big Baller Brand and invest in it. The first question that came to my mind is why would you think any of the Big 3 would invest in the Ball family’s brand when they have not accomplished anything yet. That is bad business for any of those companies. These companies want results from the athletes they sponsor and aren’t going to invest in you unless you’re a proven hot commodity. MJ, Kobe Bryant, LeBron James and others had to prove they were going to be successful.

Now that the big three sports apparel companies turned Ball down they decided to launch their own shoe line. I was curious to see what they were going to charge and I was blown away that Lavar’s ego would go as far as it did. The ZO2: Prime is anywhere from $495-$695, the Zo2: Wet that is autographed is $995-$1195, and the signature slides are $220. I hate to break it to the Ball children but your shoes are not going to sell and your image is going to be ruined before it even has a chance to grow. I was curious to how much there other apparel was and to no one’s surprise it’s not much better. Shirts range from $50-$60, sweatshirts range from $60-$80, and hats range from $50-$100. Not even the Jordan Brand from Nike is that outrageous and even it were Michael Jordan is a legend that people want to support. The man has helped basketball out in so many ways from the media side of it all the way to the business side of it. I also don’t see Steph Curry’s from Under Armour being that outrageous either. It goes back to what I originally said earlier. Athletes like Jordan and Curry are proven winners and hot commodity’s. The Ball brothers have not proven anything and are going to lose a lot of money if bad business deals like this keep on happening.

My advice to the Ball Brother is to get daddy out of the picture as soon as possible. Daddy is going to hurt your careers more then he is going to help it. I would also hire a legitimate agent that knows they’re doing and re-negotiate with Adidas, Nike and Under Armour for a deal that doesn’t include your dads ego.  This brand is going to fail miserably because parents are not going to spend that kind of money on shoes for their kids. Kids want to be inspired by their athletes, which usually results in them buying their apparel. Charging this much for apparel is not inspiring. Quite frankly it’s downright greedy and egotistical, which is why this brand will end up in bankruptcy within five years. I wish nothing but the best to Lonzo, LaMelo and Li Angelo but I will not give you a second though until you have proven yourself on an NBA court.