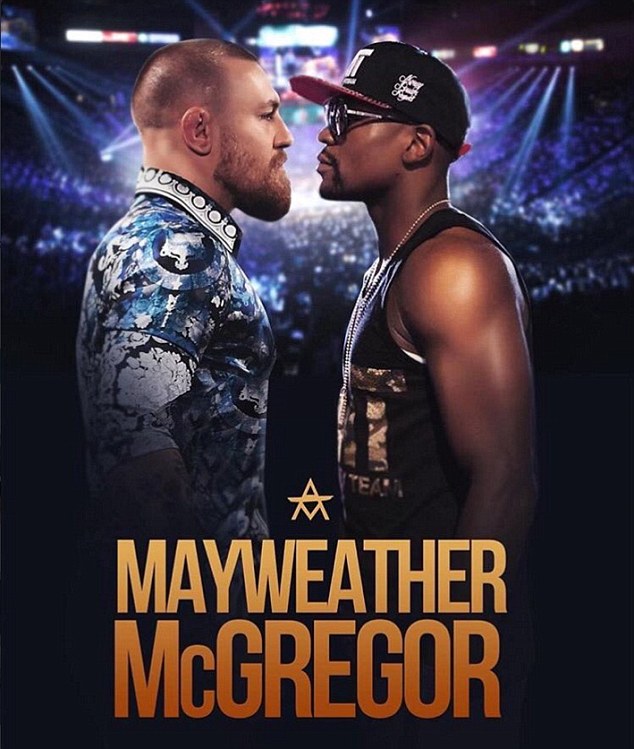 Last week Floyd Mayweather and Conor McGregor went on a four day tour across two states and three countries to promote their fight on August 26th. They went to Los Angeles, Toronto, New York and London. All four days were nothing but chaos and a complete circus. The press conferences were the major highlights of every sporting news television and radio station in the world. A lot of folks asked my opinion of the media tour and the fight itself but I didn’t want to give my opinion until I had time to watch the pressers a second time and analyze them a little bit better.

I want to start with Floyd Mayweather because he’s always been known as the best trash talker in the sport of boxing. He may have been the best at one time but this media tour made him look weak and unoriginal. For him every press conference was the same. He never came up with new material, he always went back to his bag of money and quite frankly people got sick and tired of hearing about “hard work.” The only thing Floyd has worked hard at doing these days is not paying his taxes. Floyd is the greatest defensive boxer that ever lived and much like his style of boxing he was on the defense during this press conference tour. The best jabs Mayweather had is that McGregor tapped out Nate Diaz last year. However, McGregor did respond saying he fights full fights with multiple disciplines like Jiu-Jitsu, Muay Thai, Judo, Wrestling, Kickboxing, and Karate. Floyd really didn’t have much of an original thought that McGregor couldn’t come back with.

Conor McGregor was clearly the aggressor during the media tour. The fans were solidly behind him and so was Dana White. Dana didn’t look intimidated by any of it unlike the Showtime Boxing executives. The people with Showtime did not look comfortable when McGregor addressed them and it seems as they have never dealt with anyone like him before. McGregor took a whole bunch of shots at Mayweather including things like his strippers, his IRS problems, and the fact he dropped out of high school. Nothing was off limits for McGregor and he didn’t care who got offended. I feel like McGregor is flying high with confidence and nothing is going to stop him from accomplishing what he wants to do on August 26th.

When it comes to the fight I feel like Floyd has a lot to lose more so then McGregor does. I also believe boxing has more to lose then MMA. Floyd is boxing’s last greatest superstar at least for now. If he goes down it’s going to hurt the sport more then it already is hurting. If Conor goes down then the world of MMA continues with it’s many unique personalities and top fighters. Conor, 28, is at the top of his game right now. He has the speed and the power to contend with Floyd. Floyd, 40, has accomplished everything he’s need to accomplish. His undefeated record, his legacy and his reputation as a boxer is on the line. I think if Conor gets Floyd in the corner then it’s over. McGregor is an aggressor with speed and power that won’t stop until his opponent is out. If the fight goes the distance then Floyd will win no matter what. I truly believe that boxing is corrupt and the judges favor who they want to favor instead of who actually does the most damage. Look at the fights that Manny Pacquiao had with Timothy Bradley. If that doesn’t show how crooked boxing is I don’t know what does. Simply put, McGregor needs to knock out Floyd or it’s going to be considered a loss for McGregor. With all the hype, the build up and anticipation I cannot wait to see what happens August 26th in Las Vegas.