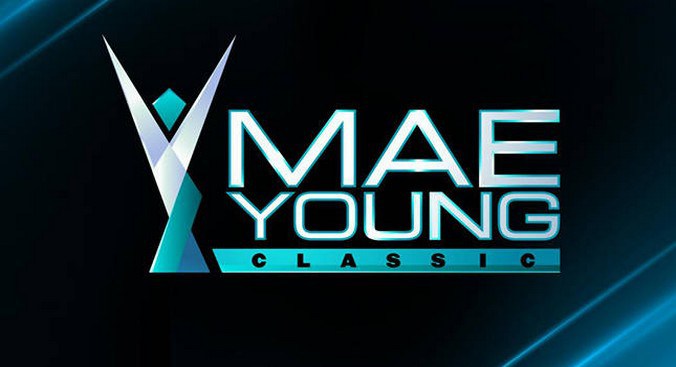 After the first round of the Mae Young Classic I was really impressed and was really excited for the last four epidoses of this historical tournament. If you would have asked me ten years ago if I would ever see a tournament featuring 32 women competitors I would have called you nuts. I think it’s great that the women have finally been put into the spotlight where they belong and where they deserve. I hope fans have been thoroughly enjoying this as much as I have. Before I begin with my thoughts from each episodes here the results of the Mae Young Classic so far:

Episode five started out with Rachel Evers and Abbey Laith. I love Rachel Evers because she is second generation. I have always had a thing for mult-generational superstars to see if they can do it better then their predecessors. Rachel’s dad Paul Ellering wasn’t known much for his wrestling career so she already has a great start to her career. Abbey Laith had a huge upset win against Jazzy Gabert and she continued that momentum against Evers in an incredible start to the second round. One of the most talked about competitors in this tournament has been Piper Niven who is an awesome performer no matter what anyone says. She took on the veteran Serena Deeb who has had a tough road back into the WWE. Piper Niven might not be what WWE usually looks for in their female competitors but that woman sure can wrestle. She is moving to the Quarterfinals where I am sure she will continue to impress. The two most experienced competitors in Mercedes Martinez and Princess Sugehit went one on one that could have went either way. Mercedes is moving on to the quarterfinals and she looked good doing it. The final match of episode five was between Bianca Belair and Kairi Sane which for me  I thought was a no brainer. I had no doubt that Sane would win the match and move on to the quarterfinals but to my surprise Belair put up one hell of a fight.

We move on to episode six which started off with Toni Storm and Lacey Evans. I think both women are extremely talented and I love Lacey Evans story of being in the service. Toni Storm has a very dynamic offense and it showed in her match against Evans. Her dynamic offense and personality is going to be trouble for anyone in the quarterfinals. Two of the best strikers and submission specialists squared off between Mia Yim and Shayna Baszler. Shayna had support again from Rousey, Shafir and Duke but this time they weren’t the only Four Horsewomen in the crowd. Bayley, Becky Lynch and Charlotte were also in the crowd and the two groups taunted the hell out of each other.  There was a clash of personalities in the match between Dakota Kai and Rhea Ripley and I have to say I was shocked that Dakota Kai moved on. Rhea Ripley is a great athlete and I have no doubt she will be back on WWE Television. The final match of round was 2 was between Candice Larae and Nicole Savoy which had me torn because I love Mrs. Johnny Gargano as well as Savoy’s in ring skills. Candice Larae has an awes ome finishing move and it’s taken her to the quarterfinals. What an outstanding match to end the second.

Episode seven featured the four quarterfinal matches that would lead us into the semifinals. The first match of the quarterfinals was between Abbey Laith and Mercedes Martinez. Abbey has been absolutely fun to watch in this tournament but the experience of Mercedes prevailed again and she headed to the semifinals. The biggest mismatch of the tournament so far was definitely between Candice Larae and Shayna Baszler. Candice had the heart and the experience but Shayna is just pure domination. I absolutely love the psychology of this match with Candice taking after husband and Shayna being a bully throughout the match. After the match Shayna definitely showed she was heel by not letting go of her finishing hold. One women that has been loved throughout this tournament is Piper Niven. She took on the youngest competitor in the tournament in Toni Storm. Both of these women definitely have unique personalities and skill-sets that set them apart. Even though Toni Storm is moving on Piper Niven had an awesome showing in this tournament and I hope people can get past her “look.:” I think she’s going to be successful wherever she goes. The final match of the quarterfinals was between Dakota Kai and the lovable Kairi Sane. I think Dakota ended up hurting her knee early on and it effected the match from the get go. Kairi Sane is an awesome performer with a ton of charisma. I was happy to see her move on to the semifinals.

The eighth and final episode featured the two semifinals matches that would lead us to the conclusion of this historic tournament that takes place live on September 12th in Las Vegas. The first match was between Mercedes Martinez and Shayna Baszler and what’s interesting about this match is that Mercedes has been a mentor to Shayna when it comes to pro wrestling. This was the first match Shayna had that she struggled because she was facing her teacher. I also found it interesting that Mercedes is the only one that Shayna showed any respect to. Mercedes had a great run in this tournament but Shayna has been able to hit the Rear Naked Choke out of any position which makes her such a deadly competitor that will now be in the finals. The next semifinal match was between two energetic women in Kairi Sane and Toni Storm.  Storm had a great showing in the Mae Young Classic but Sane has just been outstanding since the start of the tournament. She will now meet the dominate Shayna Baszler in the finals.

This tournament has been so much fun to watch. All of these women have so much talent and have nothing to be ashamed of. I hate to say it but the current women of WWE better step up their game because these women are hungry and are putting on performances that show it. With the finals taking place in Las Vegas I will be curious if the story between the two Four Horsewomen groups has anymore added to it. Las Vegas is the home of UFC and Shayna is a former MMA competitor. People have to understand that these tournaments aren’t just to showcase new talent but it’s create and advance a major storyline much like the Cruiserweight Classic, the Dusty Rhodes Tag Team Classic and the United Kingdom tournament. They all advanced a storyline and I will be curious to see what story gets created out of the finals on September 12th. Until then I hope everyone who has watched this tournament enjoyed as much as I did. 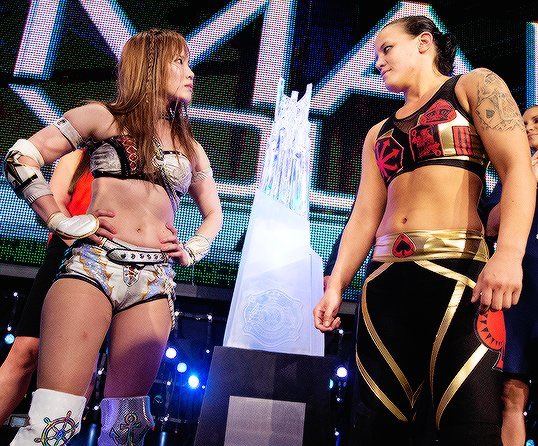 Kairi Sane vs. Shayna Baszler in the Finals