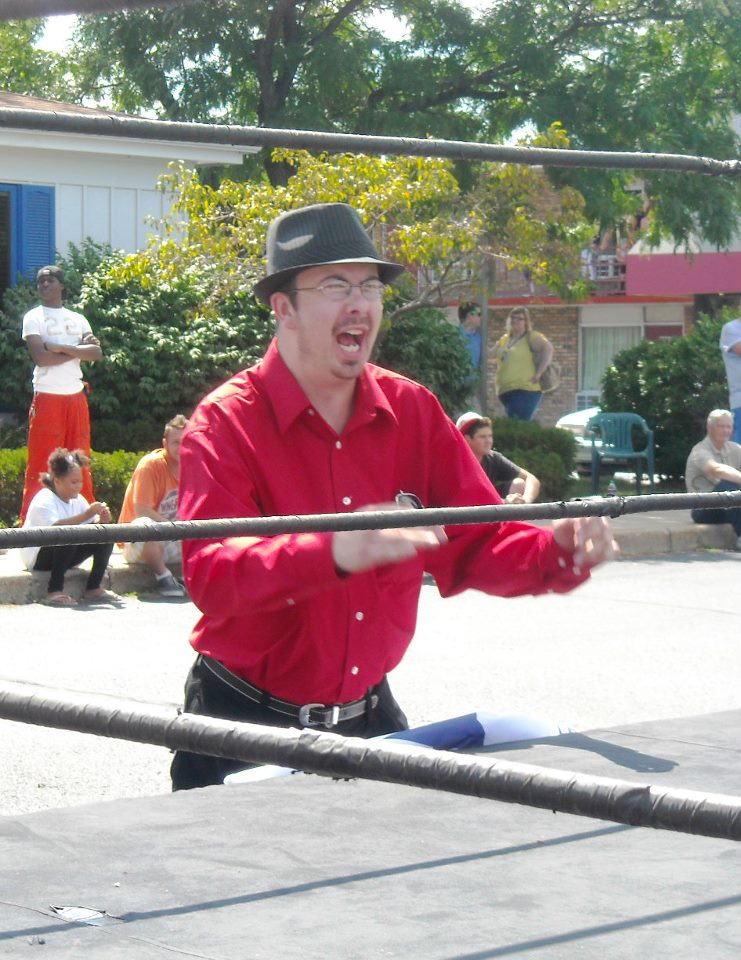 Earlier this week Carolina Panther Quarterback Cam Newton came under fire when he made what many people to believe a sexist comment. Female reporter Jourdan Rodrigue asked Cam Newton about the routes Devin Funchess has and if he’s comfortable with them. Newton’s reply was laughter and said he was not use to a female asking routes. Many think those comments were sexist but others think he was caught off guard by a question that most reporters(male or female alike) don’t ask. Newton has suffered major backlash and even lost Dannon as a sponsor. Over 24 hours later, he issued what I think was a heartfelt and sincere apology. I personally think this was a case of judging a book by it’s cover. I think there is this mentality that if you haven’t been on the field, have coached or somehow been involved how could they possibly have knowledge on the subject? I do believe you can have a passion for something without physically being involved with it. I am a perfect example of that life.

I’ve often shared my story about my love sports but this time I want to use it into a different perspective. All my life I have loved sports and pro wrestling but the closest thing I ever got any type of physical sport is playing T-Ball at an early age. As I got older I couldn’t keep with kids due to my congenital heart disease. My lifes dream as a little kid was to be a pro wrestling. Have congenital heart disease, bilateral club feet and a ton of surgeries to go along with it there was no way that dream would ever happen. My broken dreams did not stop me from being passionate about sports and pro wrestling. Many friends consider me Human Almanac of Wrestling due to all the useless knowledge I have on it. I’ve been able to remember names, dates, moments, and more that some people  can’t. I started this blog back in 2004 as a way to use my passion for sports. In the 13 years I’ve been blogging about sports and pro wrestling I have made many friends, acquaintances, and have developed a connection with some of the pro wrestling scene in my homestate of Michigan. I have had my critics, naysayers, and negative people who tell me that I have no clue because I’ve never been involved. I’ve never had a pro wrestling match and never played high school sports, but no one has ever or will ever stop me for being passionate about sports and pro wrestling.

Netwon’s comments rubbed people the wrong for being sexist, but for me it rubbed me the wrong way for different reasons. He made it sound like if you don’t have on the field experience how could someone possibly know about stuff that takes place on the field? In today’s age where brain injuries have ran rampant in football it would be wise to show these reporters some respect for their work. The reason being is because when their career is done and they can’t remember things that they accomplished did it’s these reporters that will remember their routes, roles and memorable moments they had on the field. My advice for Newton and other athletes is don’t judge a book by it’s cover. Some of us who have never participated know just as much as you do. I’ve always told people never let anyone stop you from pursuing your dreams, passions and goals. If a female reporters knows a lot about football or a kid with heart disease knows a lot about pro wrestling those people should respect and admire that. It shows that work and study hard at what they are passionate about. As a Carolina Panthers fan I was disappointed with how this got out of control and how Newton is going to be perceived going forward. I hope fans, reporters and other athletes accept his apology and forgive him. We are all human and we all make mistakes. At the end of the day, nobody’s perfect no and one should be told they can’t do something based on lack of physical experience.

Before I end I also would like to add that I don’t support Jourdan Rodrigue fully due to her racist tweets and remarks. This article was simply to defend people who have dreams and how they have a right to pursue them without being put down.