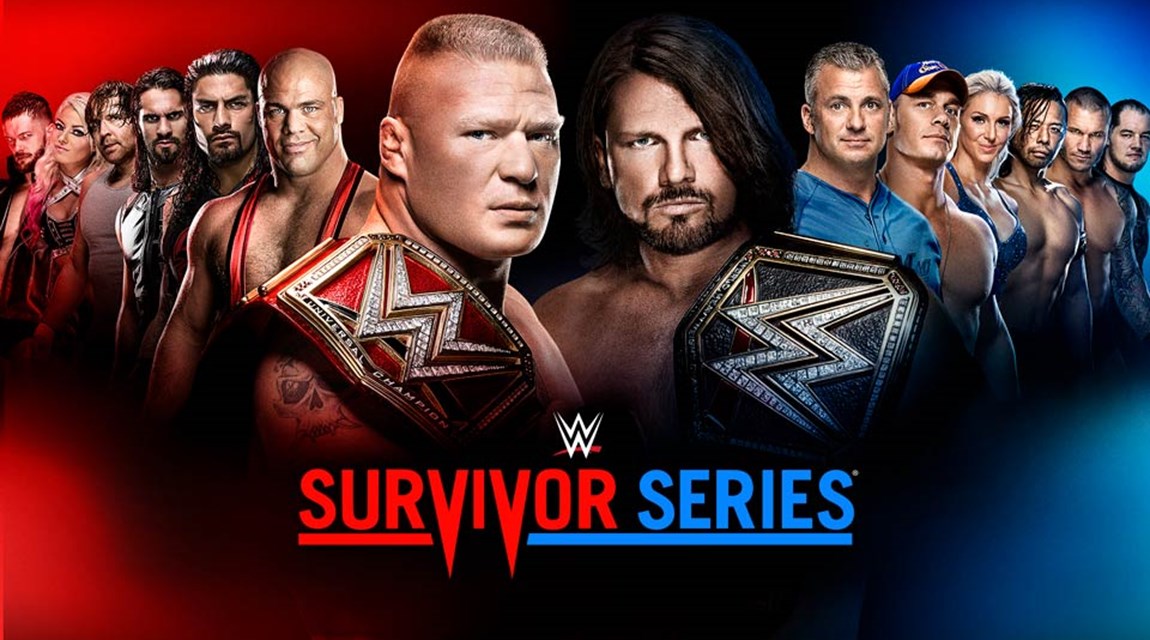 Tonight was the 31st annual Survivor Series and this year it was all about Raw vs. Smackdown and a lot of unique matches taking place due to the brand split. There were a lot of last minute changes that made for some very intriguing matchups and matches that we might not see again. I have always stated in the past that fans should compare NXT to the Main Roster but how do you follow what War Games did the night before? Well those questions were answered but before I begin with that here are the results of Survivor Series:

The opening match of the night was The New Day taking on The Shield in a match I never expected to happen because up until a few months ago there was no plans to reunite the Hounds of Justice. On the five year anniversary of when The Shield it debuted it was fitting that they came back together tonight. All three of them have held the WWE Championship and have had wars against so many great competitors. There was also a lot forgotten history involved in this match. Big E defeated Seth Rollins for the NXT Championship five years ago and Dean Ambrose defeated Kofi Kingston for his first singles title in WWE. This match was a great opening match and all six men brought their absolute best to this match. Both trios are two of the greatest trios in the history of WWE and tonight they had a chance to prove it against each other. Following the battle of the greatest trios we had the 5 on 5 Women’s Elimination Match. This match was intriguing because of how Asuka would interact with the other female superstars. I absolutely loved the interaction between Nia Jax and Tamina because they are family and I feel like Nia paid some family dues. I was not surprised that Asuka won the last women standing in this match because she is a strong force right now and it’s going to be a special and shocking moment when and if she ever loses.

Raw took an early 2-0 lead to start the night so I was curious to see how the rest of the night was going to unfold. Well the next match that took place was the much heated match between Baron Corbin and The Miz. They have been trading barbs over the last few weeks. I personally feel like Miz was the face in this match because he was defending the honor of his wife but then again he had The Miztourage running interference. It created an interesting dynamic in the match so you really didn’t know who to cheer for. I was actually shocked to see Baron Corbin get the victory over The Miz due to how over The Miz is with the company and the fans. I was indifferent about The Miz and Baron Corbin but for me The Uso’s and The Bar was personal for me. I have disliked the Uso’s for a long time and Cesaro has been my favorite wrestler the last five years. I will give The Uso’s credit because they are the best tag team in WWE in probably the last decade, and it’s hard to argue to against them. In the last year, Sheamus and Cesaro have done so many great things which has made them one of the best tag teams in recent memory. Personally, I am disappointed that The Bar did not win but it was a great match proving why they are the two best tag teams in WWE right now.

After The Uso’s tied it up 2-2, it was up the two Women’s Champions to see who went ahead in the evening. I am really glad that they booked Alexa Bliss vs Charlotte because they both are the only two women to hold both Raw and Smackdown Women’s Championships. I also felt that it was more of an intriguing match due to their personalities and abilities in the ring. These two put on a hell of a match which makes me want to see these two again. I think the match could have gone either way but right now Charlotte is the feel good story with everything going on with her dad. However with Charlotte putting Smackdown up 3-2 it made so predictable on who was going to win between AJ Styles and Brock Lesnar. I think Lesnar vs. Styles should have happened the brands were tied to make it less predictable. Even with the predictability I thought this would have been a better match but unfortunately it wasn’t because Lesnar is terrible in the ring. AJ Styles carried that match as best as he could but sometimes you can’t make everyone look good. Lesnar may have won the match but he appeared to be injured after the match. I am not sure if this was legit or he actually sold for Styles. I’ll be curious to see what the fallout is from this match and how it changes the landscape of WWE.

The Main Event featured the traditional 5 on 5 men’s elimination match and this match was stacked full of legends, champions and future talent.  I was extremely amped up for this match throughout the last month and as they kept adding and subtracting guys. I knew this match was going to be special, wild and chaotic. All the dream scenarios came to life and everyone shined in the way they should have, but I was really shocked that Nakamura got eliminated first. Towards the end of the match as Orton was trying to tag in Shane the duo of Kevin and Sami came out and attacked Shane which I had a feeling would happen because Sami and Kevin have been at odds with Shane. There was a really odd plot twist at the end of the match I don’t even know how to explain. Angle had Shane in the Angle Lock but before Shane could tap out Triple H gave the Pedigree to Angle and allowed Shane to pin him. For a moment it looked like Hunter sided with Shane but in the end it was Triple H hitting the Pedigree for the win for Team Raw. After the match Strowman was not happy that Triple H went into business for himself and left Hunter laying in the middle of the ring to end Survivor Series.

One has to wonder what’s going to happen with Triple H. Does he feud with Jordan, Angle or Strowman? What will be the punishment be for Sami and Kevin or will they move to Raw? A lot of questions need to be answered and hopefully they will be over the next few weeks. I thought the matches were solid but I did not like how Raw won the 5 on 5 main event and their champion winning as well. It really proved that anytime Smackdown is perceived as the  better show than Vince does everything to make that perception go away. The two matches that should have had different outcomes are The Miz vs. Baron Corbin and Brock Lesnar vs. AJ Styles. Miz has done so much for that company and Styles has proven since his arrival that he is the best in ring performer they have had since Shawn Michaels. With all of that being said I am going to give Survivor Series a 7 out of 10. They could have done better with some of the outcomes and it should have been about the future and not the past. Next time Raw and Smackdown are on a joint pay-per-view it will be the Royal Rumble. Hopefully the start of the Road to Wrestlemania will deliver better than Survivor Series. For now I hope everyone has a great Thanksgiving and start gearing up for Wrestlemania season.