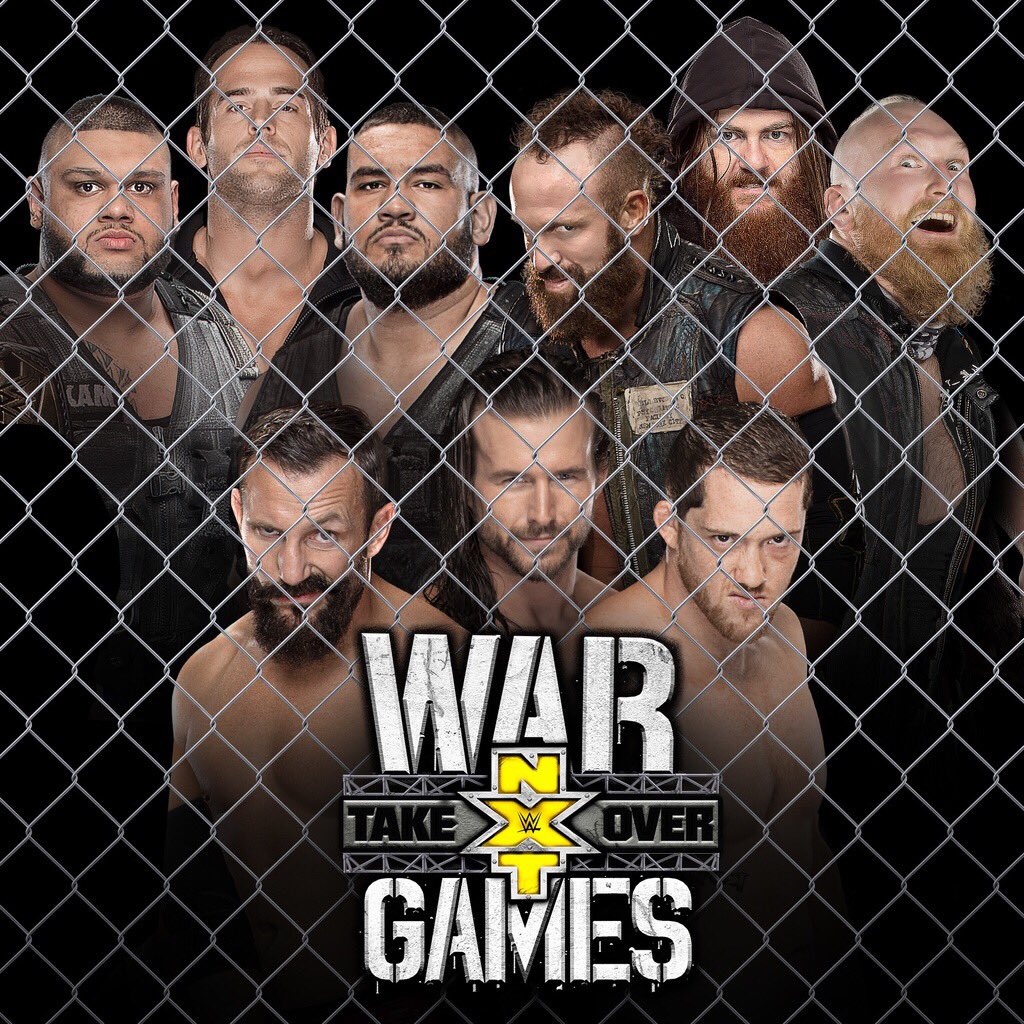 Tonight was the highly anticipated return of War Games which hasn’t happened since 1998. For years Triple H tried bringing War Games to WWE but Vince McMahon had been against it since it was a WCW creation. However in Triple H’s mind it was a creation of Dusty Rhodes who gave his life to the business. This was Triple H’s way of honoring Dusty in another way. A lot of people were excited about the return until WWE announced the rules and Triple announced their would be no roof on the cage. Well unlike others I wanted to watch it before I started poking at and saying it’s terrible. It was really wild to see two rings at a WWE show but before I get into if War Games lived up to the hype here are the results of the event:

The first match of the night was between Kassius Ohno and Lars Sullivan. I have to say Ohno brought out the best in Sullivan tonight. Ohno does a great job of selling, storytelling and making his opponents look really good. It didn’t got very long which wasn’t a surprise because both are bigger men. Lars is being built up pretty strong and it definitely showed tonight. As far as Kassius Ohno I don’t know what is next for him. Many people believe he will never make the main roster due to his look but he’s so great in the ring it would be a shame if he never got to work the main roster. Following the throw-down of Ohno and Sullivan we were treated to the Aliastar Black and The Velveteen Dream. I said before TakeOver this reminded of the feud between Goldust and Rowdy Roddy Piper had in 1996. The only difference is that Black didn’t need to be outspoken like Piper was. In a tribute to something Rick Rude use to do Velveteen Dream had himself and Black on his tights which made this match even more personal. There was a lot of charisma and mind games that went down in this match which made it an epic encounter. This was an incredible match that more then likely was the match of the weekend. I really hope the NXT roster and Main Roster paid attention because that’s how you steal the show and tell a story doing it.

How do you follow a match like that? Thankfully the Women’s Title Match had four incredible women in it. I was really intrigued by this match because all four women have a great case on why they should be Women’s Champion. This was a very hard hitting contest and they definitely did a good job following the previous match. As I said before all four women deserved that title but at the end of the night Ember Moon finally won the NXT Women’s Championship. If she hadn’t won the title I would have said move her up to the main roster. I think this title win gives the NXT Women’s Division some stability for awhile. When I initially heard about Drew McIntrye versus Andrade Almas I thought to myself that was going to be a blow-off match. I couldn’t have been more wrong because it was a great match and probably the most shocking NXT Championship win in it’s history. I am not sure how to react to the Almas title win. I honestly thought McIntyre was going to be champion for a lot longer then that so I will be curious to see what McIntyre’s future is in NXT and WWE.

The Main Event was the much anticipated War Games Match which had many different reactions prior to the show. The match started with Roddy Strong, Adam Cole, and Eric Young. The Undisputed Era came out first then the Authors of Pain and finally Sanity. This match was very brutal for today’s WWE standards and if you tell me this wasn’t a great match you’re insane. There was blood, brutality and some of the wildest action I’ve seen in a long time.  If you are still critical of this match after watching it then you please quit watching NXT and WWE all together. These guys took a lot of risks in the match that could have ended badly. In Alexander Wolfe’s case he was a bloody mess for a good part of the match. At the end of the night I got have to give the show a perfect 10. I feel sorry for the main roster guys and them having to follow this show. Tonight was war and it’s a war we will never forget.