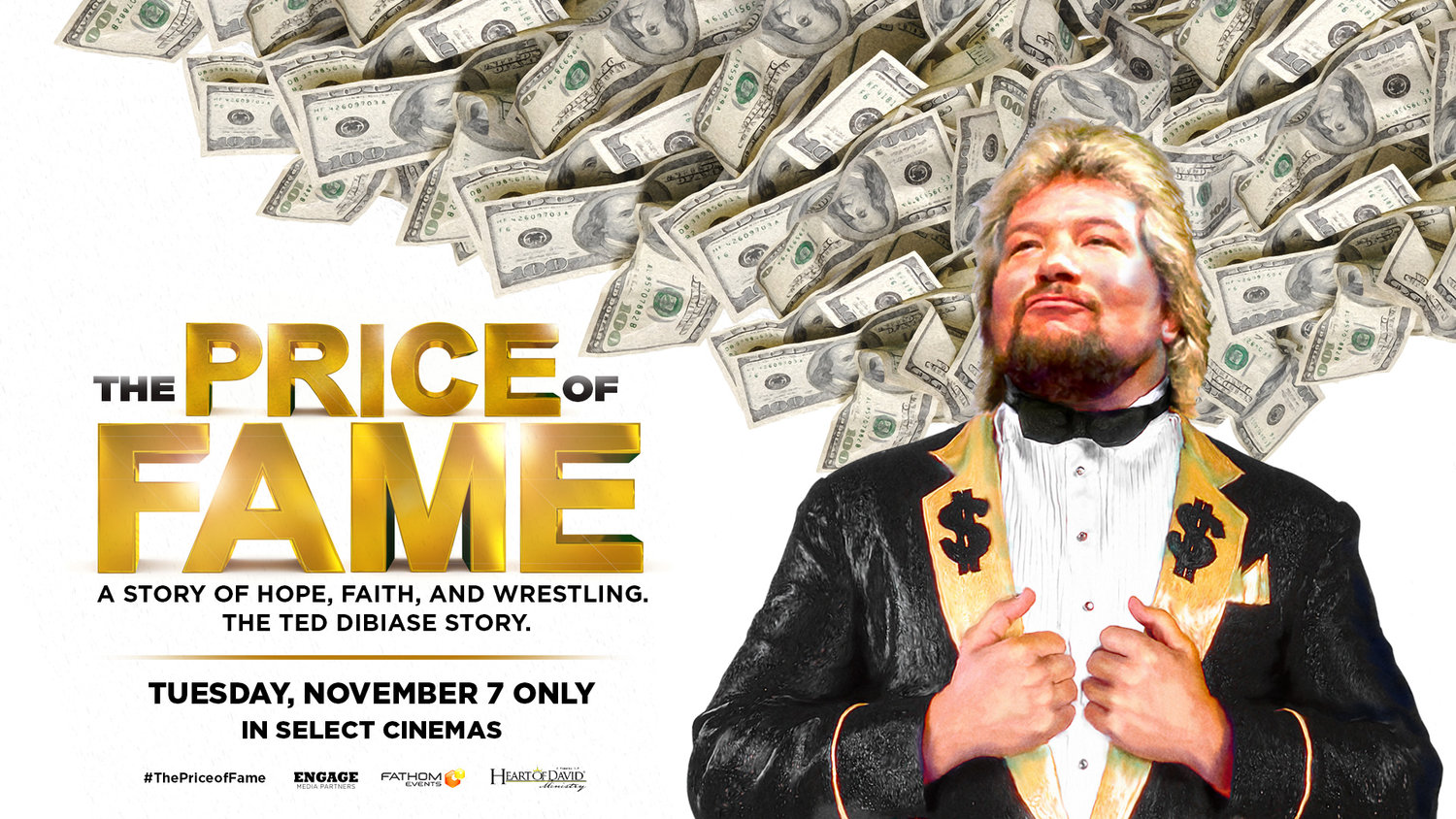 Tonight as I sat down at Celebration Cinema to watch the documentary about Ted Dibiase I wasn’t sure what to expect. All my life I’ve been a pro wrestling fan. I grew up in the age of Hulk Hogan, Ultimate Warrior and Randy Savage. In the same era I was really into the heels like Mr. Perfect and the “Million Dollar Man” Ted Dibiase. I loved the Million Dollar Man character and all that came with it. It wasn’t that I wanted all the money, or I wanted that lifestyle. I loved how the character could buy anything he wanted like a bodyguard Virgil, the best suits, the best cars, the Million Dollar Championship and at one point the WWE Championship. The Million Dollar Championship was my favorite title and because of it I own a replica of the belt. Later on the life when I start to became devoted in my faith I read Ted Dibiase’s book Every Man Has His Price: The True Story of Wrestling’s Million Dollar Man. The book went into his life, his struggles, his successes and his redemption. Tonight the movie dove into that and so much more.

The Price of Fame was filmed through the eyes of Ted and his son Ted Jr. Throughout the documentary Ted Jr. traveled to his father’s roots, and to the people closest to him. It felt like a journey to find out more about his father and what life was like as the Million Dollar Man. Throughout the movie we hear from so many wrestling personalities like Mean Gene Okerlund, George the Animal Steele, Jim Ross, Jake Roberts, Shawn Michaels and so many more. Dibiase talked about his demons and during this film talked about his adultery for their first time with Ted Jr. and his son Brett. He explained how the Million Dollar Man character consumed him and how he couldn’t resist the people who wanted to meet him. Without going into too many details Ted wanted to carry on what his father Mike taught him and Ted Jr. wants to carry on what his father taught him. There were a lot of moving and emotional moments in this documentary that gave me a new respect for the Dibiase Family. I have always loved the Million Dollar Man the wrestler but I love the Dibiase Family more as fellow brothers and sisters in Christ.

If you grew up being a professional wrestling fan I would highly suggest you find a way to watch this film. It really shows how life was on the road back then and the temptations that come with it. I also love the element of two sons wanting to be like their fathers. As a Christian I appreciate the faith-based message this film had because it speaks to the person that Ted Dibiase became once he began to follow Jesus Christ. After the credits are done in the film they have special sit down interview between Ted Dibiase and Shawn Michaels. They talked wrestling, faith, and shared some funny road stories. Ted Dibiase paved the way for other performers like Shawn Michaels, Sean Waltman, George the Animal Steele and many others to speak about their faith and not hide due to the business they are involved in. Ted Dibiase use to say, “Everybody has a price!” Everyone does have a price but not to him. Nothing in life comes free without struggle, sacrifice and without temptation.  The Price of Fame can be tempting, dangerous and can destroy your life if you let it, but you there is always that second choice. You can make the same choice Ted Dibiase and his family did. That choice is redemption, faith and using your story to empower others. The Price of Fame is a must see, but to simplify it for you this film was worth the price.