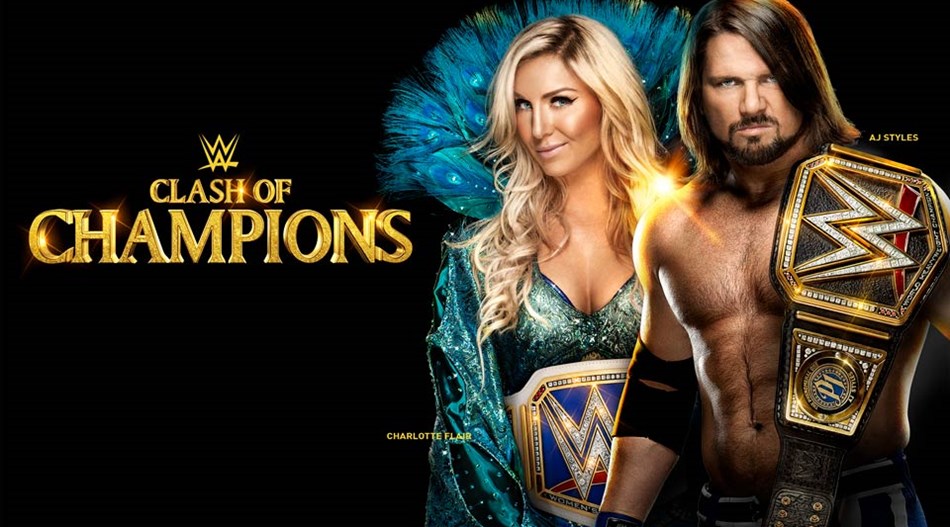 The opening match of the night was for the United States Championship between champion Baron Corbin and his two challengers in Bobby Roode and Dolph Ziggler.  This was a great match with three different styles and three different personalities. All of them had a good case of why they should walk out the United States Championship but tonight the Show-Off proved why he deserves the title and the spotlight. He’s been held down and underused for so long I wondering if he’d ever be used properly again. Speaking of used properly I love with what they are doing with Rusev and Aiden English. It’s such an odd pairing but it works and it’s over.  This was a different type of fatal four way match because for the first time that I can remember one member from each team was in the match. It made for one hell of a match with the different dynamic.  I was really surprised that The Uso’s walked away with the titles considering how much momentum English and Rusev have had with the crowd and the heel turn that Gable and Benjamin are starting go with.

When it comes to champions, there is no better champion right now then Charlotte Flair. She is such an awesome competitor and in my opinion the face of all the women in WWE. The odds were definitely stacked against Charlotte through the entire match as every lumberjack in the match except Naomi took shots at Charlotte throughout the match. Charlotte eventually had to take matters into her own hands and take out all the lumberjacks so she could retain the Women’s Championship. After the match was over Natalya cut an odd promo almost teasing that she was quitting but who knows with Nattie. Speaking of odd I love the Fashion Files and BreeZango but tonight they were just used as a stepping stone for Harper and Rowan. It bugs that the most entertaining team on Smackdown hasn’t had a tag title run. I fear that this might be the end of their team and their run together. I hope that if Fandango and Tyler go their separate ways that they get some success as singles competitors.

As I said at the beginning of the night I was intrigued with the KO, Sami, Shane McMahon and Daniel Bryan storyline. In my opinion going into this match Orton and Nakamura were just props for a storyline with the other four involved in the match. It was just so weird to see two referees in the ring at once. I will give WWE credit tonight because they got creative with this match and the fatal four way tag team match. This match was not epic or an instant classic by any means, but it told the story that people have been invested in during the last two months.  I had a feeling Shane McMahon was going to try and screw over KO and Sami but Daniel Bryan ended making a fast count to save their jobs. In the main event of Clash of Champions AJ Styles took on Jinder Mahal for the WWE Championship. A month ago, Styles won the WWE Championship from Mahal in England just before Survivor Series. I feel like Mahal has been sort of an afterthought since his loss to Styles a month ago. He didn’t get his match against Lesnar, he didn’t defend the title in India and lost to Triple H in India. Tonight was the icing on the cake and in my opinion the main event status for Jinder Mahal has ended for now. I think it was a good experiment and it made for some good stories with how much heat he had.

At the end of the night, I am going to give Clash of Champions at 6.5 out 10. It was very predictable except for the United States Title Match. Honestly that match was the best match of the show and showed why Corbin,  Roode and Ziggler should be in more main events. I will be curious to see how the Daniel Bryan and Shane McMahon story goes from here and if this leads to the one thing everyone wants most. Everyone wants Daniel Bryan to return to the ring but WWE Doctors will not clear him. One has to wonder what 2018 has in store for Daniel Bryan. Clash of Champions ended 2017 and now we look ahead to 2018. Tonight was about championships but in six weeks it’s about a rumble. It will be the time for the Royal Rumble. Until then, we will have to wait and see how everything plays out on WWE TV.