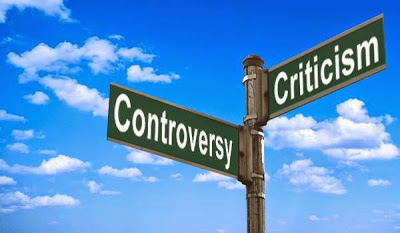 This week at the Corner of Controversy and Criticism we reflect on bad business decisions and bad life decisions in the sports world. The first person on the corner this week is Derek Jeter and with very good reasons. Jeter is one of the all time greats in the game of baseball and stayed his entire career with the Yankees. He recently was apart of an ownership group that bought out the Miami Marlins, which now has become a disappointing thing so far. In a matter of a week Jeter shipped off Dee Gordon to the Mariners, Giancarlo Stanton to the Yankees, and Marcell Ozuna to the Cardinals. Even though Jeter is a Hall of Fame player, his reputation as a businessman is absolutely terrible in the few short months he’s been there. Stanton was the face of the team and the city who got the town excited with his accomplishments this year. The team looked like it was getting ready to start moving forward but Jeter has had different plans. He has gotten rid of all the big contracts and has made trades that really didn’t come with a good return. I think the Commissioner and the Baseball Owners need to re-evaluate their decision and vote out this ownership group. This Miami team is going to be bad for the city, bad for the league and bad for sports in general.

When I think of things that are bad for sports I look no further than to Lavar Ball. I understand a father being proud of his kids. I wish there were more parents who did support and praise their kids, but Lavar takes it a whole different level. Not only has he pulled LiAngelo from UCLA and had LaMelo decommit from the school as well. They are now signed with a Lithuanian Basketball team. Lavar, LiAngelo and LaMelo were all courtside at Madison Square Garden this week when the Lakers played the Knicks. Every time Lonzo scored he jumped and down like a maniac like his kid just won a championship. The Lakers lost and Lonzo only scored 17 points during the game. He is averaging 9.1 PPG, 6.9 RPG, and 7.2 APG so far in his rookie season. I feel like for all the hype going into the draft the Lakers wasted the second overall pick. I also can’t respect a father who won’t let his son face the consequences for his actions and understand when you make a poor choice you must deal with whatever punishment you get for it. The whole reason this UCLA mess started is because LiAngelo was suspended from the team for shoplifting in China. I am not getting into the political parts of this because that’s ridiculous, but last I checked athletes need to be held accountable too! If Lavar thinks playing European ball is going to get LiAngelo and LaMelo to the Lakers with Lonzo he is sadly mistaken. LiAngelo and LaMelo’s futures depend on how Lonzo does the next few years. If he is a flop then there is no way an NBA team will take a chance on the other two. My prediction is Ball Family dreams flop and the Big Baller Brand goes bankrupt within the next five years. The three Ball kids need to use their own brains and start to think for themselves otherwise the next few years are going to be rough.

When it comes to brains there is nothing more fragile someone’s brain and that is why I am so disturbed by what happened to Tom Savage this past Sunday when he took a brutal hit from Elvis Dumervil. Savage was hit by Dumervil in Sunday’s game between the Texans and 49ers and it was what happened after that was very concerning. After the hit, Savage started shaking and convulsing like he was having a seizure. He was brought to the back for concussion protocol and went back back out for one more series before being pulled from the game. I personally would like to know what medical staff would let someone back in the game after a hit like that. It does not matter if Savage lied to them or O’Brien didn’t know what was going on. Anyone with any common sense should have just looked at the replay and they could have seen that he was in no condition to return to the game. I know it’s not an official’s responsibility to focus on the wellbeing of a player but the official who saw Savage shaking should have said something and spoke up about what he saw. I feel like the official along with the Texans medical staff should be fined and possibly suspended for ignoring the signs that were clearly right in front of them. The NFL got a bad reputation for a long time for not protecting its players. A situation like this is a reason why they may never shake that bad reputation completely. I personally hope that I never witness a player shaking like that again after a massive hit. It was scary and very uncomfortable to watch.

The biggest story coming out of the week is that ESPN’s parent company Disney has bought out most of 21st Century Fox which is going to effect the sports world in a big way. 21st Century Fox is the parent company to Fox Sports and all of their regional networks. This deal is a huge for ESPN because in recent years they have struggled with ratings and have had to layoff a lot of people due to losing money hand over fist. This deal gives ESPN more content and more exposure considering that they will now have 44 regional networks at their disposal. These regional networks are responsible for 90 percent of the MLB, NBA, and NHL games that air on TV. It’s a good move for ESPN because quite frankly their content has been terrible over the last year with a lot of their focus being a political agendas and topics that fans don’t really care to hear about when they tune in to hear sports news. I am looking forward to seeing how ESPN reshapes all the regional sports networks and how this will impact coverage of various teams. This deal really capped of a big week in sports and I am sure with MLB’s Winter Meetings starting there will be much more to cover in the coming weeks. Until next time stay safe, Merry Christmas, Happy New Years, and remember Controversy Doesn’t Come Without Criticism!