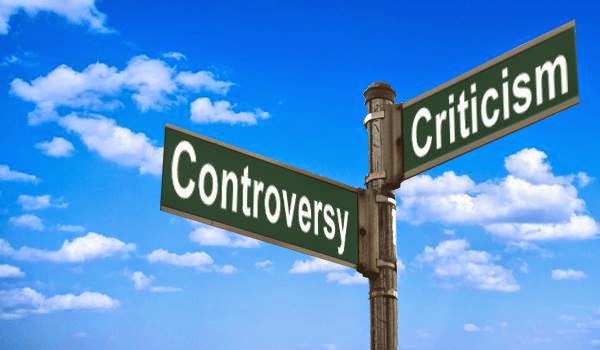 This week at the Controversy and Criticism we are now in the NFL offseason,  the middle of a chaotic basketball season and closing in on the start of NASCAR season. This past Sunday was Super Bowl 52 and it was one of the wildest games I’ve seen in recent memory. There was absolutely no defense the entire game except for one Eagles play where Brady was sacked and fumbled the ball. After the game, Tom Brady did not shake the hand of Nick Foles, which in my opinion showed poor sportsmanship. Two years ago, everyone was critical of Cam Newton abruptly leaving the press conference and trashed him in every way they could. At least Cam was man enough to shake Peyton Manning’s hand and acknowledged that Manning’s team was the better team that night. For as long Brady has been around he should have been man enough to shake Foles hand after the game. Many have speculated about the futures of Brady, Belichick and Gronk, but one person that we are clear is Josh McDaniels. McDaniels was set to take the Head Coaching job for the Indianapolis Colts but at the last minute backed out and is remaining as the Patriots Offensive Coordinator. McDaniels’ agent has already separated himself from his client and the situation for this shocking move. The Colts also have sent messages on social media that the rivalry is back on after McDaniels pulled this move. McDaniels move isn’t the only shocking move that took place this week because one team in another sport topped that.

While the NFL had McDaniels shocking the world the sports world also had the NBA Trade Deadline. There have been some very significant moves in the NBA recently like Blake Griffin going to the Detroit Pistons or Greg Monroe being signed to the Boston Celtics. There were quite a few moves but the most significant was what the Cleveland Cavaliers. In my lifetime of watching the NBA I don’t think I’ve seen one team trade away a whole rotation in one day. The Cavaliers got rid of  Isaiah Thomas, Channing Frye, Derrick Rose, Jae Crowder, Dwyne Wade, and Iman Shumpert. In return the Cavaliers got Rodney Hood, George Hill, Jordan Clarkson, and Larry Nance Jr. I don’t know how involved Lebron was in all these transactions but this one of two things. The Cavs either know Lebron is leaving at the end of this season or this was one last ditch effort to keep him there. I personally feel that this roster isn’t any better than the one that started the season. I don’t think the Cavaliers will make it out of the 2nd rounds of the playoffs with this roster because if Lebron will speak out on his former teammates how long before he speaks out the news ones. From where I am sitting Lebron James has done more to hurt Cleveland the last year then he has to help it. He may be the best basketball player of this generation but he lacks in leadership. There is no reason why the group of guys he started the season with shouldn’t have been dominating everyone else. If you want to win you must put your egos aside. A perfect example of that is the 2003-04 Los Angeles Lakers. They had a loaded team full of legends, all stars and players who went on to be in the Basketball Hall of Fame. They all had egos and in the NBA Finals lost to the Detroit Pistons because they couldn’t work together. The same thing is happening in Cleveland with Lebron, and how things ended between he and Kyrie Irving. It almost reminded me of Kobe and Shaq’s falling out after that 03-04 season, and how there was a lot of division on the Lakers. I guess we will have to wait and see how the rest of the season progresses for the Cavaliers.

The NBA season may be in full swing, but one season is about to start up once again. Next Sunday is the Daytona 500, which means NASCAR is back. This year is going to be an important year for NASCAR due to the fact that this is the first time in forty years someone with the name Dale Earnhardt will not be racing. Both Earnhardt Senior and Junior helped NASCAR thrive as much as it could when they were on the track. Junior won Most Popular Driver for sixteen straight years and was the most marketable driver the sport had. Even though Junior is retired he will still have a presence in the sport and will still be influencing the young drivers he’s mentored. Hendrick Motorsports, the team Junior drove for revamped their organization this last year. They still have Jimmie Johnson and Chase Elliott, but added William Byron and Alex Bowman. Outside of Johnson the other three are very young and very talented, which has me very excited for the future of Hendrick Motorsports and NASCAR. The Daytona 500 has always been one of my favorite sporting events along things the Home Run Derby, Wrestlemania weekend, NBA All Star Saturday Night and the World Baseball Classic. NASCAR is going for the youth movement which is a smart move in the long term, because guys like Johnson, and the Busch brothers aren’t going to be around forever. In recent years, we have seen Jeff Gordon, Tony Stewart, Carl Edwards and Matt Kenseth retire from NASCAR. These four were among the most well known drivers and without their presence NASCAR is in rebuilding mode. I think these next few years NASCAR is going to struggle but as people get to know the new drivers it will grow once again. One of the many reasons I love the Daytona 500 is because everyone has a shot at winning, and you get to hear about every driver that’s on the track. Daytona Speedweeks start this weekend so in closing be safe, stay strong, and remember Controversy Doesn’t Come Without Criticism!