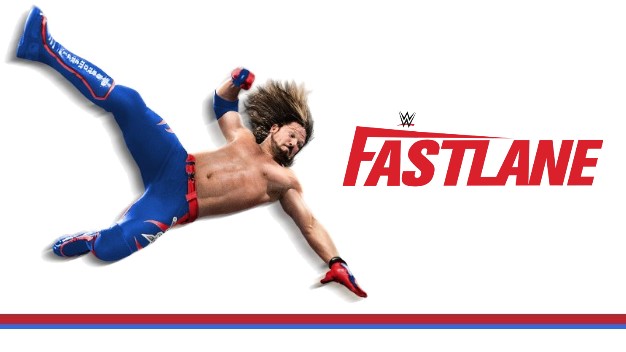 Tonight was the final stop for Smackdown on the Road to Wrestlemania. Going into this pay-per-view I had very low expectations, and with how unpredictable the booking has been in WWE lately you never know what stupid decisions they are going to make.  Before I begin with my thoughts on the night here are the results:

The opening match of the night was between Rusev and Shinsuke Nakamura and for a match that was thrown together last minute it was a great match. Nakamura is over with the crowd because his Nakamura, but Rusev is over due to the fact that he came up with something unique and it has stuck. Even though Rusev lost the match they made him look really great in the process. We went from Rusev Day to something glorious. Randy Orton has never been the United States Champion and in my mind he has been around long enough to be given such an honor. This match started off really slow, but the intensity pick as the match went longer. I think it’s great that Orton is the new United States Champion because now it give a newer star like Jinder Mahal or Bobby Roode a Wrestlemania moment to add to their career. I will be really curious to see who does come out of Wrestlemania as the United States Champion.

Another match that was put together last minute was Naomi and Becky Lynch against Natalya and Carmella. It’s nice to see the women get multiple matches on a pay-per-view, but I feel the Women’s Division on Smackdown doesn’t have any direction right now. This match looked like it had no direction whatsoever which is not a good look for the division. I think the Riott Squad and Absolution need to break up so you can create more feuds and have a little more depth to the division. One division that’s getting deeper is the tag team division and that has shown with The Uso’s, The New Days and now The Bludgeon Brothers. The Bludgeon Brothers came out and destroyed what was a really good match. I feel like this Wrestlemania is setting up to be the Wrestlemania of Triple Threat matches.

Before this show began I thought the was going to be a typical blow off show. Even though the outcomes were predictable the matches were really competitive and that includes Ruby Riott and Charlotte. I had a feeling Charlotte would win but Ruby Riott got put into the spotlight tonight. At the end of the match, Asuka appeared and challenged Charlotte to a match at Wrestlemania. This match could easily be the best match of the night on April 8th. The Main Event tonight was the 6-Pack Challenge for the WWE Championship.  This match was absolutely chaotic with so many awesome spots and some interesting stories being developed. As I said before I went in to tonight with no expectations and thinking that this was a blow-off show. This exceeded my expectations and made a huge splash on the Road to Wrestlemania. I am going to give the an 7.5 out of 10. In four weeks time we are headed to New Orleans and the Grandest Stage of Them All. We experienced a Chamber and we lived in the Fastlane but now it’s on to Wrestlemania!