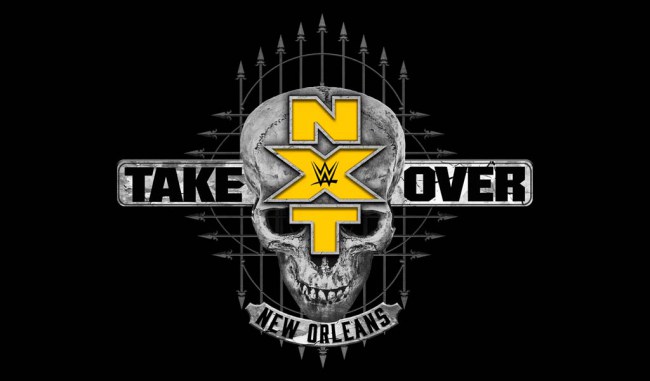 Tonight was the clam before the storm. Wrestlemania honors the present, the Hall of Fame honored the past, but tonight NXT Takeover honored the future. The future stood before us tonight on the best weekend of the year for pro wrestling fans. Before I begin with my thoughts on tonight’s show here are the results of NXT Takeover:

The opening match of the night was the Six Man Ladder Match for the new North American Championship and it was incredible. For six superstars that have never competed against each that match was incredible. I always love a match when you really don’t know who was going to win. All six men had a case of why they should be the first ever champion, but tonight it was Adam Cole’s night to make history. Adam Cole has proved time and time again why he is one of the most elite performers in the world. I am so excited for him and his rise in NXT. Speaking of people on the rise I think Ember Moon is getting moved up to the main roster now that she’s no longer NXT Women’s Champion. I loved Ember Moon’s time in NXT and I am glad she had a better match with Shayna this time around. At the last Takeover Moon and Baszler did not have a very good match but they redeemed themselves tonight.

The NXT Tag Team match was incredible and it was one of the biggest swerves that I can ever remember. I thought for sure Pete Dunne and Roddy were oging to win the tag titles but it wasn’t to be. Roddy turned on Dunne and allowed Undisputed Era to keep the NXT Tag Team Titles. It would seem with Bobby Fish out on injury that Roddy is going to be Kyle O’Reilly’s new tag team partner for the foreseeable future. In another surprising move the NXT Championship was not the Main Event. Almas and Black have had a nice buildup up leading into tonight. These two had incredible match, but I did not like the constant interference until the end when it actually cost Almas the title. I really think Aliester Black is the future of NXT and even WWE. He is such a captivating superstar and someone who is just so very unique.

The Main Event of Takeover was the Unsanctioned Match between Tommaso Ciampa and Johnny Gargano. This match is almost a year in the making ever since Ciampa turned Johnny Wrestling. I have never seen a performer get so much heat in a very long time like Ciampa has as of late. This match was everything that I expected and more. The closer you are as friends the harder you hit each other. I’ve never heard the fans be more vocal in a match then I did with this one. These fans legitimately hate Ciampa and really love Gargano. By the time this match was over I was emotionally exhausted from how incredible it was. This show was absolutely insane from the opening bell to the final one. I really didn’t see anything wrong with this show. It came across so perfectly that I literally have nothing to complain. I am giving it a 10 out of 10 and feel bad for the main roster. The only thing I have left to ask is who is leaving NXT for the main roster? Until we find that out I hope you enjoyed Takeover New Orleans!