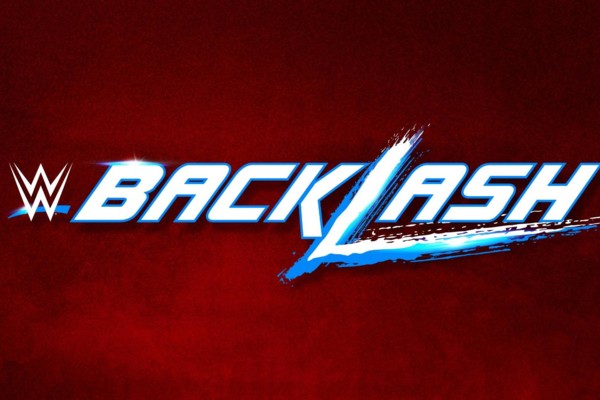 Tonight was the annual pay-per-view known as Backlash which tonight was kind of fitting considering it’s taking place after Wrestlemania and Greatest Royal Rumble. I felt going into this show that it was very underwhelming and it was going to be lackluster. I felt that Superstar Shakeup should have taken place after Backlash because going into the show I had somewhat of an idea on what was going to happen. Before I begin with my thoughts on the show here are the results of Backlash:

The open match of the night was for the Intercontinental Championship between Seth Rollins and The Miz. This is one of the matches I wasn’t excited about prior to the show because Seth Rollins stayed on Raw and The Miz went to Smackdown. These two tore the house down but the result was painfully obvious as we all kind of knew that Rollins was going to retain. The Raw Women’s Championship match has had a really fun story to it. The story between Alexa Bliss and Nia Jax has been really fun to watch. Usually when you’re best friends outside of the ring you tend to work better in the ring and storylines. I have been really loving the feud between Jax and Bliss, but I think the story has come to an end for now. I will be curious to see how things go for both women going forward. The Raw Women’s Division needs a kick in the butt and not just be focused on two women all the time.

One title match that I was excited for was the United States Championship Match is, because this was the fourth different title match that Randy Orton and Jeff Hardy have had against each other. It was very different watching them both going into the match as faces. I still like the fact that Orton still wrestles like a heel but his attitude just doesn’t match what I would like to see. Hardy and Orton had a pretty contemplative match but I felt something was missing with it. Before we could get to the next match Elias got interrupted multiple times by The New Day, Rusev Day, No Way Jose, and finally got upended by Bobby Roode. If there was ever modern day David vs. Goliath in the WWE right it’s the size difference between Daniel Bryan and Big Cass. Bryan has been on such a roll since his return and has so much momentum from the fans that its very hard to derail him. This was not a five star wrestling classic by any means but it told the story that it needed to tell. After the match was over Cass attacked Bryan to get the heel heat and that’s the best way to do it. I don’t care who you are in that company because if you attack Daniel Bryan you’re more than likely going to get booed out of the building.

I have respect for every women in WWE but I can’t get buy into Carmella as champion. Out of all the women on the roster she has the least amount of ability and she needs a good performer to have a good match. She maybe loud and obnoxious but it takes a lot more then that to be a good champion. You need to be innovative in the ring and all I saw was a headlock for most of the match. The pay-per-view tanked when the WWE Championship wasn’t the Main Event. The Styles-Nakamura feud has had a lot more build to it then Samoa J0e-Reigns. I absolutely love the Nakamura heel turn and how much the fans have actually bought into it. The minute that his music was changed and he refused to do interviews he became a made man as a heel. I am very angry that this match didn’t go on last. When I watch a WWE show I generally expect the WWE Championship or even the Universal Championship to go on last. What I didn’t expect is for this match get brutal in certain parts of it. I am extremely disappointed that we had another No-Contest for the WWE Championship. The show should have ended with Nakamura holding the WWE Championship and gave his heel turn so much credibility.

Out of all of the tag team and tag matches the WWE could have had on this show they went with a match that really makes absolutely no sense. I love all four competitors there were in the match, but I feel like WWE was in panic mode with this match. I along with so many other people love Braun Strowman and in my opinion WWE has no clue what they are doing with him at this moment. This guy should be in Main Events and WWE Championship matches. As far as Kevin Owens and Sami Zayn go in the mix I believe they are also being used wrong.  They should be contending for the WWE Tag Team Championships and run with their crazy friendship. The Main Event was a very lackluster and predictable match between Samoa Joe and Roman Reigns. You know the match is lackluster when the crowd is chanting for other people and are booing because they’re bored. I respect Vince McMahon for what he’s done but he’s lost his touch in so many ways.

Backlash was very disappointing in terms of stories and matches. The quality of matches wasn’t bad, but everything felt obvious and it felt like no effort was put into tonight. I unfortunately have to give this show a 4.5 out of 10. The Superstar Shakeup really messed things up because it made the show obvious and confusing with the booking. They have six week to start getting the ship on the right path of water. Money in the Bank is six weeks ago and hopefully I won’t have as much criticism and backlash that I did tonight.