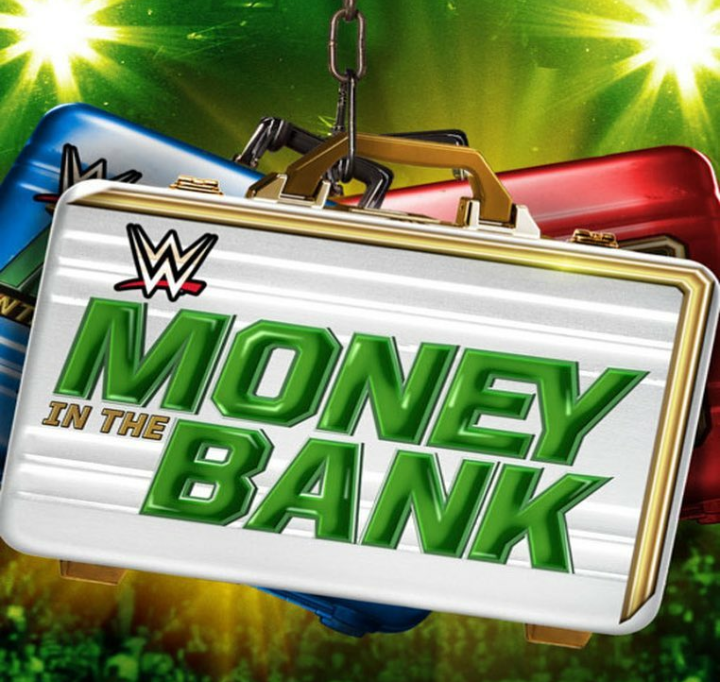 Tonight was the annual WWE Money in the Bank Pay-Per-View and also the start of duel brand pay-per-views going to four hours. The WWE has their Big Four shows in Royal Rumble, Wrestlemania, Summerslam and Survivor. I have always felt like Money in the Bank was in the same category because it is such a monumental pay-per-view that determines the course of where WWE is going to be at in the future. Before we talk about the future here are the results:

The opening match was between Daniel Bryan and Big Cass which has been an interesting feud so far. I am not necessarily a fan is a feud, but I get it because of the size difference. I thought going in that Cass would win to continue to feud but I was sadly mistaken. With Bryan winning this feud needs to be over and Bryan needs to move on to bigger things. One match that I really didn’t care is Sami Zayn and Bobby Lashley. I like both competitors but I feel like Zayn should be teaming with Owens still in the tag team division. I really hope bigger things are in store for Bobby Lashley. He needs to be facing guys like Reigns, Strowman and Lesnar so people can see how much of a beast he really is. The first two matches were decent but I wasn’t feeling either of them because there is no direction for either of them. I hope Bryan gets in the main event picture, Cass just goes away, Zayn goes back with Owens and Lashley gets a WWE Universal Title match.

Following two directionless matches, we had a match between the hottest wrestler and the most over wrestler in Seth Rollins and Elias. Seth Rollins has been on such a roll lately with his matches. I do hope that Elias gets the Intercontinental Championship eventually and Seth Rollins gets back the a World Championship. Elias has a bright future ahead of him and Rollins is hitting the prime of his career. When it comes to being in the prime of your career I think Alexa Bliss is there. The Women’s Money in the Bank Match was outstanding, but I don’t agree with Alexa winning it. She was the most recent champion on Raw and it needed to go to someone. They could have created plenty of stories with Ember Moon, Natalya and Sasha Banks. I agree with putting the briefcase on Raw because we all know the men on Raw can’t even cash in on their champion. I will be curious to see how Little Miss Bliss uses the opportunity.

We go from excitement to a match that the fans absolutely crapped on. Jinder Mahal and Roman Reigns are the two least liked guys on the entire roster and the crowd reaction proved it. I am not sure what they are doing with Mahal but I do know they are continuing to force Roman on everyone. Well the newsflash here is that it’s not working and it hasn’t worked in the three years they have been trying for it. I want to like Roman Reigns but I can’t, because I know the backstage politics behind the whole thing. Another person I really don’t care for is Carmella. Other then Lana, I think Carmella is the weakest link on the Women’s roster. I have no doubt she’s a sweetheart but I am not buying into her character or her wrestling ability. I do think they went with the really smart route in having James Ellsworth come back and help Carmella defeat Asuka. I am actually starting to like Asuka more now that the streak has been over. I am really intrigued by how long James Ellsworth stays around this time.

Things on the Smackdown side continued with the Last Man Standing Match for the WWE Championship. AJ Styles and Shinsuke Nakamura went toe to toe in one of the best matches I’ve seen on a WWE pay-per-view in a very long time. This match is easily a Match of the Year Candidate but the result went the wrong. The WWE made all these changes to Nakamura’s character, music and in-ring style and in my opinion it has been wasted to this point. I really thought this was going to be Nakamura’s night, but at this point the WWE Creative Team is going to be clueless on what to do with Nakamura. One thing that has been another head scratcher over the last month is how Ronda Rousey got a Women’s Title shot without even having one singles match in her time at WWE so far. I love Ronda Rousey and I love that she’s so open to doing anything. She took a beating, she sold really well and performed very well. Even though I wish Alexa hadn’t won the briefcase but I am glad they went the route of a Cash-In, because both women needed to be kept strong at the point in time. The fallout of how angry Nia Jax and Ronda Rousey are over this will be epic and I am looking forward to it.

The Main Event was the Men’s Money in the Bank Ladder Match. Every competitor in this match had a legitimate case of of why they should have the briefcase. I absolutely loved the destruction of these matches but I think the fact Raw won both Ladder Matches really a bad move for WWE considering they should be trying to impress Fox with how good Smackdown could be. If I was Fox I honestly would be having reservations about giving WWE that much money for a WWE show that the company really doesn’t care about. I am happy for Braun Strowman because the guy is over with the crowd no matter who he beats up. His reaction is like a modern Stone Cold reaction because you can be good or bad, and it doesn’t matter. The fans love Strowman’s path of destruction. I will be very curious to when and where Braun Strowman cashes in due to the fact the Lesnar is never there. Money in the Bank was way better then the Greatest Royal Rumble and Backlash combined. With that being said the WWE still has a lot of work to do to improve their product. I am hoping next month that we will an extreme turnaround at Extreme Rules. As for tonight, I will give Money in the Bank a 7.5 out 10 for match quality, shock value and my personal appetite for destruction. Thankfully there will be more destruction on July 15th.