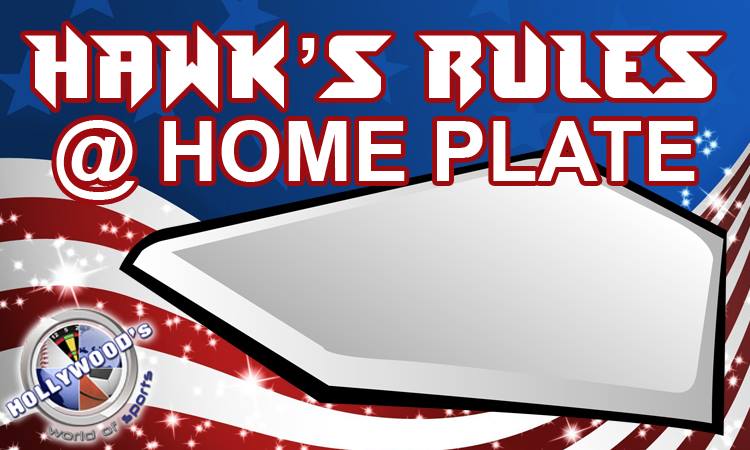 IF A FIELDER HOLDS A CAUGHT FLY BALL FOR 2 SECONDS, IT’S A CATCH.
Approved Ruling: there are two components to the determination of a catch – the fielder must secure possession and the release of the ball must be voluntary.  There is NO time requirement involved.  RULE 2.00

RUNNERS MAY NOT ADVANCE WHEN AN INFIELD FLY IS CALLED.
Approved Ruling: The result of an infield fly is only this: the batter is out whether the ball is caught or not, so runners are not forced off their bases.  In all other respect, this is just an ordinary fly ball.  If caught, the runners must tag, and may advance at their own risk.  If not caught, the runners are not required to tag up, and may advance at their own risk.  Rule 2.00, Rule 6.05(e), Rule 7.10(a)

THE BLACK IS PART OF HOME PLATE.
Approved Ruling: The black is not part of home plate.  It is only to assist sliding players who are advancing to home plate.  Rule 1.05

QUESTION: When can a pitcher be the winning pitcher and never throw a pitch?
ANSWER: Check back in next week.