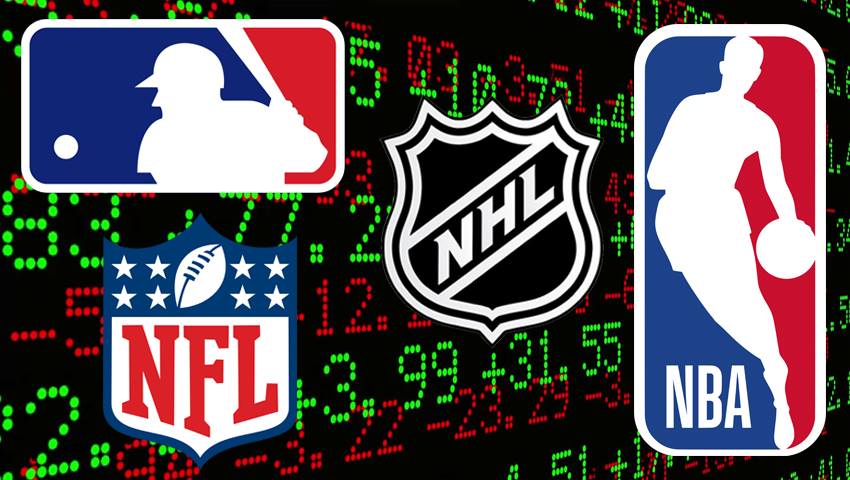 Every year we always experience four big days in the sports world and those days are the trade deadlines for each sport. I would say that out of the four major sports the NFL is the least busiest and the one that doesn’t have much movement. However the other three sports are generally busy on deadline day and you see a lot of movement of players with high value. One has to wonder if trading for a high valued player is worth all that you trade away in the process especially if they are free agent at the end of the season. I am going to examine certain trades that have went down that have proved beneficial in the short team, but costly in the long term. I will also give you some hypothetical situations to show you if your team is really doing good business or not.

In 2016, at the height of the Chicago Cubs World Series run they acquired Aroldis Champan from the New York Yankees. In the short term it was a great success because the Cubs went on to win the World Series in over 100 years but look at what the Cubs gave up. They gave up Rashad Crawford, Billy McKinney, Adam Warren and Gleyber Torres. Warren and Torres have found success within the Yankees organization and it all worked out in Yankees favor. The reason it worked for the Yankees long term is once the season was over and free agency began they re-signed Champman. I am sure Cubs fans are happy that he helped them win a World Series, but watching the success of a young Gleyber Torres do they regret trading him? That’s what I don’t understand about trading for players who will become free agents just four months later. If I were the Cubs or any other team in sports for that matter I would ask for at least a two year extension if I am giving up a good chuck of my developing players. I feel like teams would push more the player to sign an extension so they aren’t out everything.

One situation that still has me baffled about trades and free agency is the Lebron James situation. Whether you want to believe it or not I think he had a hand in all the guys that were traded at the deadline this past year. What doesn’t make any sense is that some of the guys that were traded went to the Los Angeles Lakers. I truly believe Lebron knew all along that he was going to L.A. but if that is the case why not just leave the team in Cleveland alone? I also think Cleveland was foolish for letting him go into free agency, because now they have absolutely nothing to show for it except talent that Lebron had to carry. Dan Gilbert had to have known that Lebron wasn’t coming back and he did nothing about it. He should have asked Lebron for a sign and trade to at least get some help for a team that’s not going put themselves back another five to ten years. This is another situation I don’t understand with owners is if you know a player is probably going to be on their way out during free agency why wouldn’t you try negotiate a sign and trade deal so your team doesn’t completely sink? In the NBA, this is probably more important then ever considering teams are not going to rewarded for tanking anymore.

With the baseball trade deadline rapidly approaching one player I would like to examine is Bryce Harper who has been with the Washington Nationals since the very beginning of his career. He has been the face of the franchise and the leader of the Nationals for awhile now. His name has been linked to the Yankees according to multiple big name media outlets. What I find fascinating is when the Nationals played the Yankees earlier this year Harper shaved his beard, which made people go nuts with their theories and predictions about this upcoming offseason. If I was running the operations for the Washington Nationals I would sit down with Bryce Harper a week before the trade deadline and ask him bluntly if his future is with them. If he says no, then I would ask him where he wanted to go so I could try and get a trade done for him. Hypothetically, if he went to the Yankees think about all the prospects they have in their farm system. I would rather the fans be irate with me for the short term rather then letting him go to another team in free agency and face backlash for many years. Keep in mind this is all hypothetical and according to experts unlikely to happen.

I would like to end with the most baffling trade in the sports world recently and that is the deal that went down between the Toronto Raptors and San Antonio Spurs. The Raptors traded away DeMar DeRozan, Jakob Poeltl and a protected 2019 first-round draft pick for Danny Green and Kawhi Leonard. It has already been reported that Kawhi has no interest in playing for the Raptors, which means you gave away a cornerstone to your team for a guy who is disgruntled and is a free agent after this season. Some say that DeRozan was a bad contract but for the numbers he was putting up I disagree. I can almost guarantee you that the Spurs organization is still laughing about the absolute steal they got. If Kawhi does not play at all this year and goes to another team next I would be irate with management if I were a Raptors fan. This is the same team that failed to keep Tracy McGrady and Vince Carter together which resulted in them going from championship contenders to one of the worst teams in the league. As a fan, when situations like this occur I would demand answers as to why the team I am supporting and spending money is making the moves they are making. For me as a Pistons fan, I would question why Jon Leuer is making 10 million dollars a year, or why Langston Galloway is making as much as Blake Griffin. These are bad deals and contracts that no other team is going to take on.

For the fans who pour their money into buying tickets, buying merchandise and spending time watching their favorite teams I hope sports owners wise up someday. If you sit back and allow a franchise player or upper tier player to walk away without getting anything in return than you are a fool. It doesn’t matter if its in MLB, NBA, NFL or the NHL. If I am die-hard fan I would demand that absolute best from the Owners, General Mangers and even the coaches who more than enough influence. With the MLB trade deadline coming up on July 31st I hope sports fans will think about what I have said in terms of getting value for what you receive or give up. Is your team doing things right or could they do a better job? These are questions as a fan I would always ask and demand the answer from the front office making the moves. In my opinion, the long term gains outweigh the short term gains unless you are a Chicago Cubs fan where it paid off in 2016. What trades do you wish your team would or wouldn’t have made?