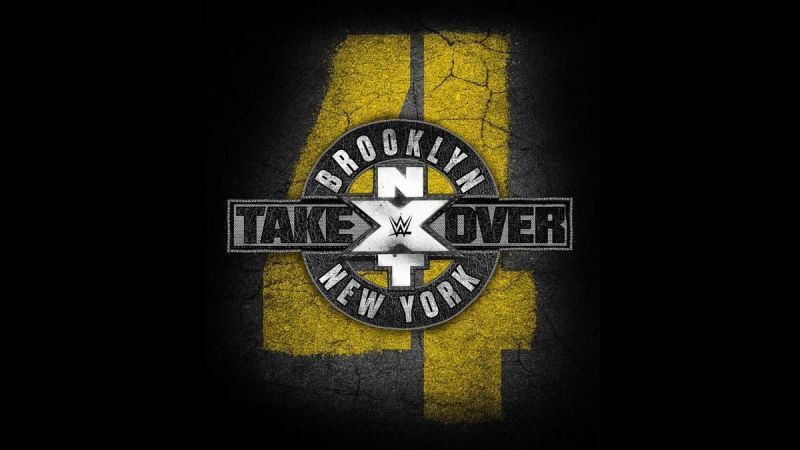 Tonight was the fourth annual Takeover from Brooklyn which has been held the night before Summerslam. Takeover Brooklyn has provided us with some iconic moments like Bayley and Sasha Banks in a match that I consider to be the greatest WWE Women’s match of All-Time. The second Takeover in Brooklyn saw a classic encounter between The Revival and DIY and last year featured an instant 5 Star Match between Andrade “Cien” Almas and Johnny Gargano. Last year also marked the debut of the Undisputed Era, which is ironic considering they were featured in two title matches tonight. It’s also ironic that I mentioned DIY and Johnny Gargano because the Main Event of the evening was the Last Man Standing Match between former DIY partners and best friends Johnny Gargano and Tommaso Ciampa. Before I start with my thoughts on Undisputed Era, the former DIY team and thier match here are the results of Takover Brooklyn 4:

The opening match of the night was for the NXT Tag Team Championships between Moustache Mountain challenging the Undisputed Era. These two teams have been feuding for the last couple of months now and it’s a nice refreshing thing to see a classic tag team feud. Tyler Bate is so innovative and creative with his offense that he makes every match he is in so entertaining to watch. This match was so incredible to watch, but I wasn’t exactly overjoyed with how it was booked. Tyler Bate and Trent Seven hit both their singles finishers and tag finisher which all resulted in Strong and O’Reilly kicking out of all of it. It only took one of Undisputed Era’s finishers to take out Moustache Mountain which seemed odd to me since the series of matches was tied at one match a piece. Once the match was over the War Raiders took out Undisputed Era during their celebration, which tells me that the War Raiders will be challenging for the NXT Tag Team Championships. Following two classic tag teams we go to two very charismatic individuals in EC3 and The Velveteen Dream. Both have very unique personalities and come from two very different places. I have to say Dream is pretty ballsy for having “Call Me Up Vince” on his tights. If that doesn’t send a message of confidence I don’t know what does. Dream took his two finishers and used them in a pretty painful way to knock of EC3. Dream needed this win due to how high his stock is climbing. I personally think another loss would have been damaging for him. This was EC3’s first singles match at a Takeover and I know we haven’t heard the last of him.

The match that intrigued me the most going in was Adam Cole and Ricochet. A few years ago Ricochet and Adam Cole were on opposite ends of a six man tag team match at Pro Wrestling Guerrilla and ever since I’ve wanted to see more of what they could in the ring against each other. These two lived up to the hype that they set up for themselves and it paid off tonight in an incredible match. I think some huge things are in store for Adam Cole on the main roster. I think Cole with his signature catchphrase are a huge moneymaker and he will be headed to Raw or Smackdown more then likely after one more Takeover. One person I’ve had a hard time being excited about is Shayna Baszler. I think she has a bright future ahead of her but I don’t think she’s the ring general that the NXT Women’s Division needs right now. There are a ton of incredible female talents right now who deserve to be in the spotlight and if you think about it Baszler is so much of a bully she doesn’t need the title to beat people up. I am glad the powers to be realized that the belt needs to be on Sane right bow because she can deliver a great match with anyone. I can’t wait to see her against the likes of Bianca Belair, Lacey Evans, Dakota Kai, Candice Larae and many more.

The Main Event was the end of the trilogy between Tommaso Ciampa and Johnny Gargano. If you really think about it this thing has been two to three years in the making since the moment they walked through the door together in NXT. They were a great tag team and became great opponents. I can’t remember being so into a feud since Triple H and Shawn Michaels were beating each other up. I wasn’t expecting a five star wrestling classic, but I was expecting a five star brawl and that is what we got. There were so many intense moments in this match and you honestly didn’t know what they were going to do next. I think Gargano and Ciampa will always have some sort on interaction with each other whether it be on NXT or the Main Roster. With Gargano losing tonight I believe it’s time for him to move to the main roster. Their match during the Cruiserweight Classic and the trilogy of matches they have had this year will go down as some of the greatest matches in wrestling during this era. I am not just talking NXT or WWE. I am saying all of wrestling including New Japan, Ring of Honor, or any other promotion. They told a story and they told it well. Now that Keith Lee and Matt Riddle are in NXT it appears Ciampa may have some new opponents to work with along with guys like Aleister Black, Lars Sullivan, and Adam Cole. This show was almost flawless and for that I am going to give 9.5 out of 10. I didn’t agree with how the tag team match was booked. Other than that it was a great night with great matches and stories. Next time there is a Takeover it will be in Los Angeles and it will be WarGames. Until then, it was a great night that saw NXT took over Brooklyn.