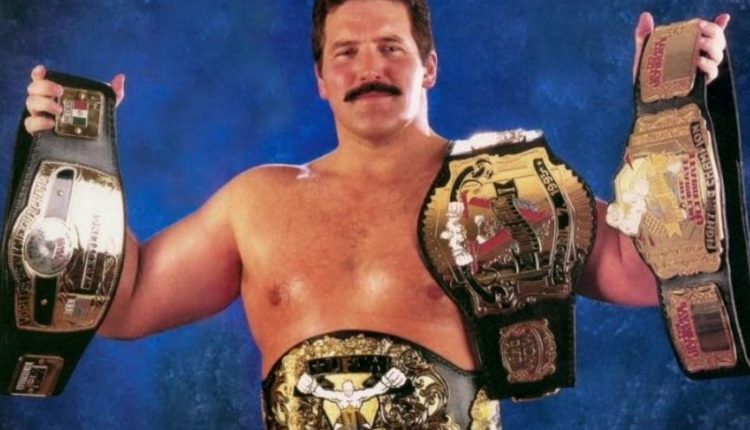 For the majority of the spring into the summer, Paul Heyman has been declaring that Brock Lesnar at some point will be the WWE Universal Champion and UFC Heavyweight Champion at the same time. I respect the mad scientist for the passion and presence he shows in his promos, however he needs to stop having the attitude that this would be a first time feat in the world of Mix Martial Arts and Pro Wrestling. In 1995, Dan Severn became the face of the NWA after ECW broke away from them, and he did it by defeating Chris Candido for the NWA Heavyweight Championship. The NWA and it’s championship were still very respected when “The Beast” entered the octagon at UFC 5.  He carried the NWA World Heavyweight Championship out with him, and for me that sent a huge message. It was the same message Brock Lesnar sent when he first went to the UFC. That message was that it takes a special individual to be successful in two different aspects of sports and entertainment.

On April 7th 1995, the NWA World Heavyweight Champion went into the octagon and defeated three opponents with relative ease to win the UFC 5 tournament and championship belt. Eight months later he won the Ultimate Ultimate 1995 tournament and championship tournament by defeating the likes Paul Varelans, Tank Abbott and Oleg Taktarov. He spent forty nine minutes in the octagon that night, which would be a life time for today’s UFC fighters. Severn also became the first fighter to hold three belts once he defeated Ken Shamrock in 1996 to win the UFC Superfight Championship. During his four year reign as NWA World Heavyweight Champion, he competed in Mixed Martial Arts all over the country and even had some fights in Japan. Even with all of this going on, Severn had a two year stint with WWE feuding with like of MMA rival Ken Shamrock, Steve Blackman and various members of the Nation of Domination. Severn in a four year span had accomplished more than most men ever dream about accomplish and he did it with it class and respect. In 2005, Severn was inducted into the UFC Hall of Fame and five years later he was inducted into the NWA Hall of Fame. His career along with the career of Ken Shamrock laid the foundation for Josh Barnett, Bobby Lashley and Brock Lesnar to find success in both Pro Wrestling and Mixed Martial Arts.

When I speak of that class and respect of how Severn did things I say it, because I have been very fortunate enough to meet and have multiple conversations with “The Beast.” I first met him in 2003 at Terri’s Lounge in Flint, MI. My best friend from high school was attending Severn’s Pro Wrestling school known as Michigan Sports Camps in Coldwater. I went to the show to support my friend and it was there I met Severn for the first time. I was very timid and hesitant to go up to him, because I had watched with my own eyes what he did in the octagon. I finally worked up the courage to talk to him and the guy who I enjoyed watching fight turned out to be one of the nicest, humble and soft spoken people I’ve ever met. Over the next fifteen years on and off, I would see him at his wrestling promotion in Coldwater known as Price of Glory Wrestling. He always has been appreciative of his fans and the support. I don’t know Brock Lesnar so I can’t speak on his character, but what I can say is Dan Severn has given back in more ways than most people do. He has trained Mixed Martial Artists, Pro Wrestling, and Amateur Wrestlers. He is also in another Hall of Fame, which is Arizona State University Wrestling Hall of Fame. Three Hall of Fames, two time NWA Champion, three time UFC Champion, and WWE Superstar. His legacy should be that he conquered two worlds at one time with the utmost discipline, integrity and respect. When it came time to slow down he started another legacy by giving back to those worlds that the competed. It is legacy that we should constantly be reminded of and one that we should never forget. 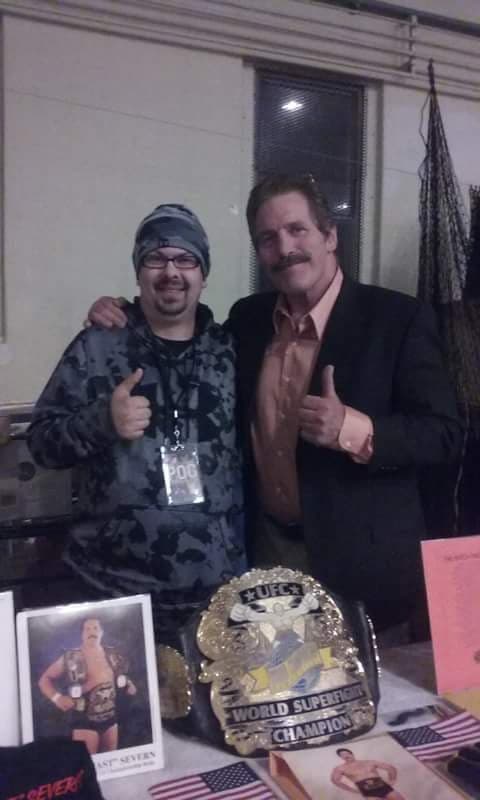