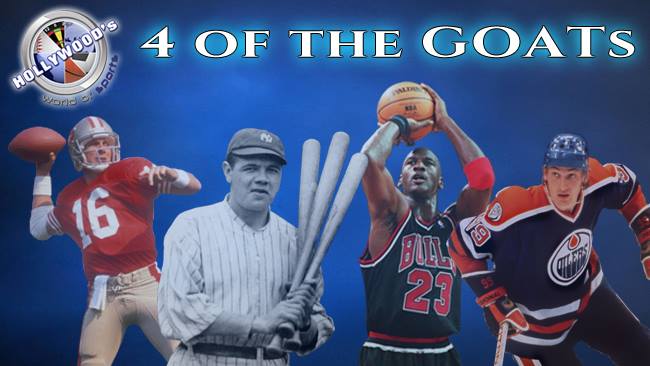 When many talk about baseball one of the first names that always comes to mind is Babe Ruth. He was a larger than life personality that captured the hearts and imagination of many. For many years, the baseball world considered the Babe to be the greatest hitter of all time. When Barry Bonds broke the single season and all time Home Run records fans argued he was the greatest hitter of all time. Baseball traditionalists and purists argued against Bonds due to steroid allegations and his era being a time where steroids were running rampant in the league. In twenty years, we could be talking about Mike Trout or Aaron Judge being the greatest of all time if they keep up the pace that they are currently on. Pitching is another big argument in baseball because you have so many greats. Growing up there was Roger Clemens and Nolan Ryan that dominated much of their career. In 10 years, they could be talking about Justin Verlander, Max Scherzer, or Chris Sale. A lot of discussion of all time greats is focused on steroids and whether or not players took them. Are character flaws figured into the greatest of all time discussion? If so, you could argue that Babe Ruth wasn’t all that great. He was an alcoholic and a womanizer according to a lot of accounts that have been written about him. A lot of great athletes have had character flaws so do ignore the flaws or do you put them in the conversation?

I will be the first to admit that my flaw is the NHL is not something I’ve followed much of my life, but one name that always comes to mind is Wayne Gretzky. He won four Stanley Cups along with many other accolades in his career. He influenced many players and coaches along the way, but before Gretzky who was considered the greatest? Gordie Howe had very similar stats and played for the same team for 23 years. Gretzky played for four different teams so the question has to be asked. Does loyalty to a team factor in to the greatest of all time? Some might say that athletes like Kobe Bryant, Derek Jeter, Barry Sanders or Steve Yzerman are great for staying with the same team for their entire career. We have examined statistics, championships, positions, character flaws and now loyalty. This is why using the phrase “Greatest of All Time” is reckless, because anyone could factor in one of these attributes or multiple attributes in their arguments. Which of these attributes means more than the others? Which don’t mean anything at all? Are you convinced yet, that the phrase “Greatest of All Time” is used to often?

The sport that has more greatest of all time debates is basketball. Today’s generation argue that LeBron James is the greatest of all time based on his statistics and the fact he has been to seven straight NBA Finals. However, if you grew up in the early 2000s fans might Kobe Bryant is the greatest, because currently he has more NBA Championships than Lebron and stayed with the Lakers for the duration of his twenty year career. Before Kobe Bryant came to the NBA you can’t even talk about basketball without mentioning the name Michael Jordan. He won every NBA Finals he went to, he is one of the all time leading scorers in basketball and he changed the overall landscape of the sport. Before MJ came into the NBA, there was Magic, Bird, Kareem, Bill Russell and Wilt Chamberlain. It seems to be that every generation there is one athlete in every sport that gets proclaimed as the “Greatest of All Time.” It’s a problem that the media has created by putting certain athletes on pedestal. I see this pedestal being used more in the NBA than any other sport. Every week it’s Lebron is the greatest, Durant is the greatest, or Westbrook is the greatest. How can three or more players be the greatest of all time at once?