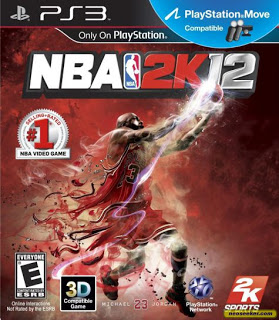 Past, Present, and Future all combined in one game. NBA 2K12 could quite possibly be the greatest basketball game to ever come out on any game system. The presentation, the style of play and difficulty of the game is 100 percent real to how the game of basketball is played.

For online users, they have roster updates, live scoring from actual games being played and a lot NBA.com new features.   Online features are becoming more in-depth in sports video games and this one is no different.

I mentioned all the different era’s you can play in. Here is the list of teams you can unlock and play as in NBA 2K12.

So as you can see not only the current rosters are deep but so are past team rosters. This game is a must own for all basketball fans so get on the virtual hard-court today and pick up NBA 2K12
NBA
Please Share This
This Post Has One Comment